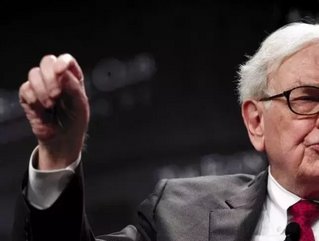 The billionaire boss of conglomerate Berkshire Hathaway, investor in blue chip companies IBM and Coca-Cola, cut its share in Tesco to less than three percent, a reduction of around a quarter from its original 3.96 percent.

This equates to more than 245 million shares.

READ MORE: What Next for Tesco after the £250 Million Profit Blunder?

Before Berkshire Hathaway reduced its share, Buffet had already said that investing in Tesco was a “huge mistake”, compounded by the £250 million accounting error which looks like it has further shot consumer and shareholder trust in the brand.

The company has been struggling to stop customers defecting to discount supermarkets including the likes of Lidl and Aldi, with shoppers increasingly looking to tighten purse strings and willing to seek the best deals for their groceries.

It is not only Tesco which has been suffering from the rise of the discount chains. Morrison’s has also endured a bad year and has attempted to lure customers back through the launch of its Match & More loyalty card.

Tesco share prices have fallen by around 50 percent in the past year.