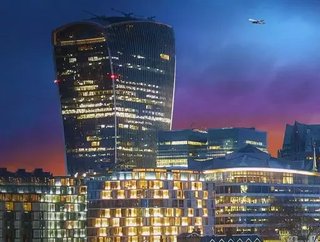 Despite uncertainly over Brexit and the pandemic, UK business sentiment has surged with finance leaders expecting a return to growth in 2021...

Finance leaders from 90 of the UK’s largest businesses anticipate a return to growth in 2021 with optimism rising to a 12-year high, according to Deloitte’s latest CFO survey for Q4 2020 *.

“Boosted by the prospect of mass vaccination and growth, business sentiment surged this quarter with CFOs taking the most positive view on profit margins for the last five years,” commented Ian Stewart , chief economist at Deloitte UK.

This rebound in sentiment, as shown in the survey, which was taken between December 12-24, occurred despite the then backdrop of continued Brexit negotiations with two thirds of Chief Financial Officers (CFOs) believing that a no-deal outcome would have a significant negative effect on the economy.

According to Ian Stewart, “in the three and a half years between the EU referendum and the pandemic, CFOs have ranked Brexit as the top business risk for all but two quarters”.

Therefore, the announcement of a deal with the EU following the completion of Deloitte’s CFO survey is likely to have offered an even greater boost to CFO sentiment recorded.

“The UK-EU trade deal ends over four years of uncertainty for business and is a far better outcome than the alternative of no-deal. Nonetheless, CFOs also recognise the challenges that leaving the EU may pose in the years ahead,” states Stewart, pointing to the fact the UK deal has very limited provisions for services, particularly for professional and financial services.

According to the survey, the majority of financial heads do predict Brexit-related difficulties in 2021 and beyond with 61 per cent expecting the post-Brexit points-based immigration system to act as a drag on long-term economic growth; 66 per cent expecting both goods and services trade with the EU to decrease; and more than three-quarters (77%) expecting a decrease in high-skilled immigration from the EU.

Effects of the pandemic

While CFOs are optimistic about operating in a post-pandemic world and have expectations of a return to growth this year, due to the pandemic restrictions that are expected to be in place through the first half of this year (78% expect restrictions for half of 2021) they are “maintaining defensive balance sheet positioning”, states Stewart, with half of finance heads surveyed predicting that it will take until the last quarter of 2021 or later for their own revenues to return to pre-pandemic levels.

The survey revealed that despite future optimism, CFOs remain in defensive mode with increasing cash flow and reducing costs a priority for 49 per cent and 46 per cent, respectively. And when it comes to expansion, while plans to expand have risen slightly since Q3 2020, it remains that only 28 per cent of CFOs cite plans to introduce new products or services, or to expand into new markets as a priority in 2021.

As for long-term post-pandemic changes, “business leaders believe the pandemic will permanently change the business landscape” with nearly all CFOs (98%) expecting flexible and home working to increase. “CFOs anticipate a five-fold increase in homeworking relative to pre-pandemic levels by 2025 and believe that the state will be both larger and more active in the long term”concludes Stewart.

*Deloitte CFO survey for Q4 2020 took place between 2nd December and 14th December 2020, so before new COVID restrictions were announced on 19th December and the Brexit deal on 24th December. 90 CFOs participated in the survey, including CFOs of 12 FTSE 100 and 44 FTSE 250 companies.