UK companies must publish pay ratios between bosses and staff 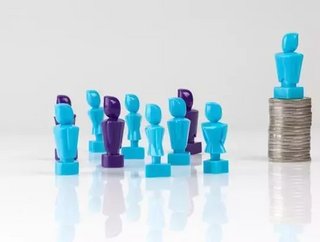 As of June 2018, publicly-listed UK businesses will have to publish the pay ratio between bosses and the average employee.

The proposal aims to give workers more of a voice, thanks in part to the affected companies having to appoint a non-executive director to represent employees, as well as putting together an employee advisory council.

This could, however, come into force under a so-called ‘comply or explain’ basis. This would allow bosses to not take place in the measures if they explain why.

According to Keith Grint, a Professor of Public Leadership and Management at Warwick Business School, the move may not make much difference.

"The Government’s reforms concerning the ratio of CEO pay to average employee earnings are unlikely to change very much,” said Grint.

"The ratio has been growing for decades, shows no sign of decreasing, has never been related to any kind of company performance, and manifests radical differences from the ratios that Germany or Japan have.

"The implication of this is that executive pay is really a symbol of Anglo-Saxon beguilement with individual leaders and the usually false attribution we make between the effect of the leader and the impact on the organisation.

"The UK has never instigated the kind of collective representation that Germany embodies and the occasional experiment - such as the Employee Directors in the Post Office that were introduced under the Callaghan government and quickly removed under Thatcher - demonstrates that the cultural predilection for individual leaders will undoubtedly hamstring these even weaker proposals."