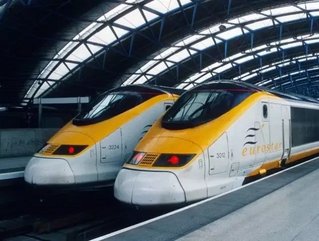 The UK government will attempt to sell off its 40 percent share in high-speed rail link Eurostar as part of its plan to reduce national debt.

Chancellor of the Exchequer George Osborne said in a statement: “"I am determined that we go on making the decisions to reform the British economy and tackle our debts. So we will proceed with the potential sale of the UK's shareholding in Eurostar today."

The sale of the link connecting London with Paris and Brussels will help the UK meet its target of £20 billion in asset sales by 2020, with the Treasury saying that it expects to form concrete agreements for the deal in early 2015.

So far the rail service has taken more than 145 million passengers in its 20 years of operation, with 10 million of those using the link in 2013.

The move to sell the UK stake comes amid heightening criticism from unions about a lack of ownership of national assets, and follows the controversial sale of postal service Royal Mail.

READ MORE: The Resurgence of the IPO Market in 2014

This sale could also be seen as another ill-judged decision in terms of UK transport, as domestic rail companies have been receiving torrents of complaints ever since privatisation in the 1990s.

Last year Deutsche Bahn received approval to run trains through the Channel Tunnel as part of its plans to connect London with Frankfurt and Cologne in 2016.