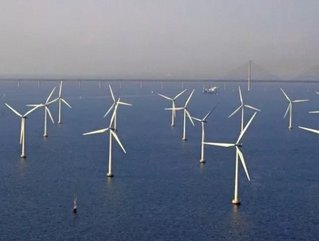 The offshore wind project named Sandbank will consist of 72 units of four MW wind turbines and is expected to annually generate 1.4 TWh of renewable electricity, equivalent to the consumption of about 400,000 households.

Vattenfall’s share is 51 percent and the company will invest about 5.6 billion kronor in the project, due to begin in 2015.

The new wind farm will be built northwest of DanTysk, Vattenfall and Stadtwerke Munich's first joint wind farm which is set to be operational in 2015. Both Sandbank and DanTysk have an installed capacity of 288 MW each.

Gunnar Groebler, Head of the Renewables Business Unit for Vattenfall's Continental/UK region, said: "The Sandbank project is further testament to Vattenfall's strategy of consistently focusing our growth efforts on the expansion of renewable energy.

"We know how to work offshore and we see it as a significant building block in the success of the energy transition (Energiewende) in Germany."

The machines to be built for Sandbank are Siemens SWT-4.0-130 models with a water depth of 24-33 metres and a rotor diameter of 130 metres. They are to be placed 110 kilometres from the coast.

Vattenfall has more than 900 wind turbines in operation in Sweden, Denmark, Germany, the Netherlands and the United Kingdom. The company is the second largest operator of offshore wind power and at the end of 2013, a 12.5 percent global share of offshore wind energy.