What UAE businesses need to know about the new Corporate Tax 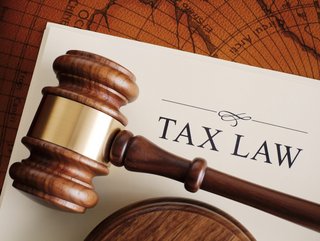 With a headline rate of 9%, the UAE’s soon-to-be-introduced Corporate Tax law will be one of the lowest in the world – here's what businesses should know

Until now, profit generated by most business sectors in the United Arab Emirates (UAE), the Arab world’s second-largest economy, has not been subject to Corporate Income Tax.

All of that is about to change however following a milestone announcement by the UAE a year ago that a new federal corporate income tax system would be implemented.

This means net profits earned by UAE businesses that fall within the scope of the new law –businesses whose taxable profit (net) is more than AED 375,000 (US$102,000) – will be subject to a 9% corporate tax from the start of their financial year, effective June 1, 2023.

Even those operating under a freelance permit, and earning income in excess of the threshold, will be subject to the tax, although no corporate tax will apply on salaries or other personal income from employment.

There are a few exemptions though – government entities, pension or investment funds, public benefit organisations, and free zone entities, the latter considered among the drivers of the country’s economy growth.

According to the Ministry of Finance, the AED 375,000 threshold has been set in line with the UAE government’s efforts to support small and medium enterprises and startups, which make up the majority (85%) of the 650,000 registered businesses in the country.

This new law comes as the UAE looks to establish a more sustainable and progressive future and strengthen its position as a global hub for business and investment.

Younis Haji Al Khouri, Undersecretary of the Ministry of Finance said the UAE corporate tax law is based on international best practices – and not only would the new law meet tax transparency and compliance requirements for international corporations, but it would make it simpler for businesses.

For 50 years, the lifespan of the UAE, the tax system here has been based on the fees and the charges “and usually the fees and charges you pay upfront, while the corporate income tax you pay after”, Al Khouri said, adding that the new CT law is more beneficial for the business community as it is “simpler and easier”.

According to Anis Sajan, Vice-Chairman of Danube Group, it’s a win-win – ensuring small businesses continue to flourish while allowing mid and large-sized businesses to operate in one of the most competitive taxation frameworks globally.

UAE – one of the lowest corporate taxes in the world

At 9%, the statutory corporate tax rate gives the UAE a competitive edge, as it is one of the lowest in the world, with only Barbados, Uzbekistan and Turkmenistan delivering lower rates at 5.5%, 7.5% and 8%, respectively.

The average top corporate tax rate among is 21.3% among EU countries, 23.04% among OECD countries and 69% in the G7, according to the Tax Foundation.

Corporate tax rates have declined over the past four decades, with worldwide average falling from more than 40% to between 25 and 30%, according to Tax Foundation. Only three countries – Bangladesh, Argentina and Gibraltar – increased their corporate income tax rates in 2021, while 17 countries reduce theirs.

How businesses can prepare for the new corporate tax

The UAE’s corporate tax regime is based on a self-assessment principle, which means businesses are required to ensure that the documents submitted to the Federal Tax Authority are correct and comply with the law.

Annual corporate tax returns will be required to be filed by all taxable persons no later than nine months from the end of the relevant tax period, providing a generous compliance period, and businesses will need to maintain records and documents for seven years following the end of the tax period

To prepare companies, businesses and tax experts for the new tax regime, the Ministry

Tax advisories expanding in the region

Since the announcement of the introduction of corporate tax last year, tax advisory consultancies and practices have strengthened their teams in the region, and some have even opened offices there for the first time.

Take FTI Consulting, which this month launched its Tax Advisory practice in the Middle East, with the new team led out of Dubai.