Why are Petrol Prices set to Fall to £1 a Litre? 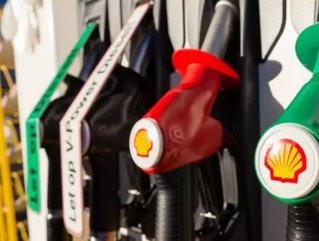 Top analysts are predicting that the price of petrol will drop to around the £1 a litre mark in the coming months thanks to a huge slump in the oil industry.

The head of the RAC Foundation, Professor Stephen Glaister, even said that prices could fall below this mark if the trend continues, which is great news for consumers who have witnessed enormous hikes in the cost of filling up their cars over the past decade or so.

Goldman Sachs estimates the cost of a litre to plummet to £1.05 within months, the current average sitting around £1.19.

Brent crude oil has fallen to £42 ($66) a barrel, on the edge of a five-year low, and it is this which is driving down costs at the pumps.

The cause of dramatically-falling oil prices can be tied to a slump in demand and signs of oversupply, both from the Middle East and now from the US with shale and a rebound of crude. The price of the North Sea oil benchmark has fallen by roughly 40 percent since June.

Global oil demand has been curbed by slowing economic growth in China as well as stagnation in many more-developed economies, especially in Europe.

OPEC recently met to discuss the issue of falling prices, but the cost war looks set to continue as the Middle East producers appear to be happy with current levels of production in what could be seen as an attempt to price out US rivals.

The oil cartel may hold another emergency meeting before its official gathering in June 2015, but with signs showing that prices will continue to fall, consumers look set to enjoy lower petrol prices, at least for now.