Why new CFO strategy is key to Africa’s economic success 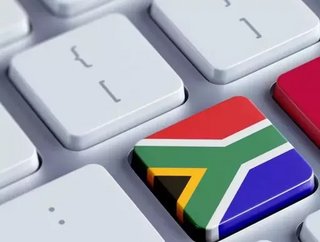 Pan-African association set to boost role of chief financial officers across the region and support the emergence of African financial know-how...

A number of organisations across Africa have joined forces to create a new association for CFOs with the aim of providing improved support, best practice and networking opportunities, as well as aligning with Africa’s big-picture economic plans.

The newly formed organisation, Finance Executive Africa (Feia), is a collaboration between the Institute of Accountants of Southern Africa (Saiba) with similar organisations in Lesotho, Morocco, Algeria and Tunisia, and further institutions in other North African countries showing interest.

The role of Feia will be to both represent and regulate the profession of the CFO across the African continent, standardising codes of ethics and skills, and providing both best practice and networking opportunities for financial institution executives across Africa.

According to Meriam Ben Boubaker, President of the Tunisian Association of Management Controllers and Financial Managers (Cogeref), Feia is an “alliance between the most influential African actors on the economic scene” brought together to contribute to the “success of global, regional and national development programs”.

The association was born out of an awareness among financial leaders across Africa to refocus and redefine Africa’s priorities in terms of economic and social development, adds Ben Boubaker.

The setting up of Feia is the first step towards financial firms and institutions across Africa working together to build a stronger and more sustainable African economy, one that benefits African countries first.

The continent is already accelerating regional economic integration, most recently with the announcement of the launch of the African Continental Free Trade Area (Zleca), and with the 2030 Agenda for Sustainable Development and Agenda 2063 now in place, both reflecting a visionary approach of the African Union, emergence of Africa is paramount.

With the belief that Africa can be a major player in the world economy due to its resources and dynamism of growth, Noureddine Elouajih, president of the Club des financiers du Nord in Morocco, asserts that “Feia will support the continent's growth dynamic thanks to a strategy based on anticipation, education and prospecting”. This will allow “the emergence of real ‘African financial know-how’ adapted to the technical and cultural specificities of the African environment”.

The role of the CFO is changing

With a continent increasingly affected by financial scandals, cyber threats, new technologies, demands for transparency and an ever-changing regulatory environment, the demands placed on today's CFO have then become stricter than ever, demanding that financial instututions across the continent redefine the role of CFOs.

According to Nicolaas van Wyk, CEO of Saiba, when it comes to requests for global funding, African countries still go through European countries, a legacy of colonisation. And the continent will only gain independent at a financial level if African financial institutions adopt an Africa-first position that protects the economy on the world stage. And this is the role of CFOs across the continent.

“The continent's CFOs must realise the essential role they play on a large scale, as finance professionals working for large public entities, international conglomerates or for private companies,” states van Wyk.

“This awareness on the part of financial executives will allow support to Africa during its representation to the World Bank, the UN or other international financial institutions, ensuring that the continent adopts an African position that protects its economy.”

And this new organisation is a step towards making it “possible to strengthen the uniformity and accountability of financial executives” as well as creating a “real sense of African identity”.

The organisation will present an inaugural conference on Africa, taking place in Tunisia between mid and end of 2021.