Why Oil Price Pain could be Shipping Industry's Gain 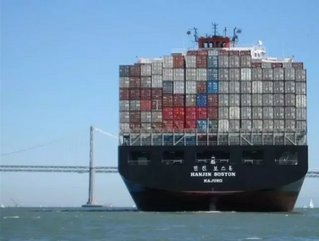 Tumbling prices and oversupply may be cause for concern in the oil industry, but for others it can represent a window of opportunity, not least in shipping.

In November OPEC decided to maintain output, with record-breaking Russian production and Iraqi exports adding to the oversupply issues brought about by the battle between the Middle East and US shale in what could turn into a price war.

Despite the gloomy outlook generated by seemingly weak demand for oil, cheaper prices could result in vital industries picking up once more, and studies by The National show that the cost of shipping could go down thanks to the current slide.

He said: ““The fall in oil price may stimulate particular economies such as India and China who are among the most energy-dependent countries, relying on overseas producers for much of their oil needs.

“When these engines of growth begin to rise so does the rest of the world. As a barometer of world trade our operations can benefit should there be an increase in trading activity.”

How far will the price of oil drop? It could well be that the industry’s hardship could be to the benefit of others in the medium term.