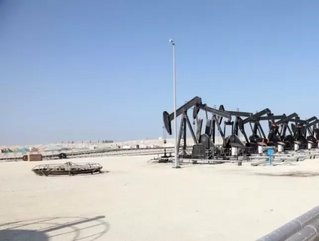 The World Bank has expressed its concern at the volume of energy subsidies found in the Middle East and North Africa (MENA) region.

More specifically, the financial body is worried by the $160 billion spent each year by the Arab states in the Gulf, with Shantayanan Devarajan, World Bank chief economist for Middle East and North Africa, telling a news conference that "Gulf states spend around 10 percent of their gross domestic product every year on energy subsidies including fuel and electricity. That amounts to $160 billion."

The combined GDP of the GCC (Saudi Arabia, Qatar, UAE, Bahrain, Kuwait and Oman) stands at around $1.64 trillion, with Saudi Arabia accounting for nearly half of its energy subsidies.

Arab countries in the Gulf pump 20 percent of the world’s crude oil. Devarajan said: "The GCC and other MENA states must start cutting energy subsidies now otherwise problems associated with them will get worse.”

The MENA region combines to account for 48 percent of global energy subsidies despite being home to little more than a twentieth of the globe’s people. This translates to around $250 billion. Countries like Iraq and Iran, big exporters of oil, spend more than 10 percent of their GDP on subsidies.

The report said that such high spending on energy subsidies is preventing money being spent on health, education and other investments, and could even threaten the sustainability of public debt. To make clear this point, the World Bank claims that Egypt spends 700 percent more on fuel subsidies than it does on health.

"The MENA region suffers from low growth, high unemployment, traffic congestion and pollution... energy subsidies contribute to all of these problems. Reforming them should be the highest priority," the report concluded.