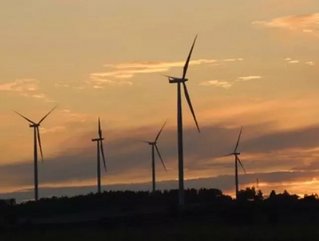 New research, conducted by the African Institute of Race Relations, has shown that Africa is in need of generating capacity the size of Medupi and Kusile every decade in order to continuously supply energy to the entire continent, and should therefore invest in hybrid renewable energy systems.

The idea behind the initiative would be to lessen the pressure on the national grid and create a more sustainable supply of energy.

Arthur Chien, VP of Talesun Energy argues that the adoption of hybrid renewable energy systems is likely to become the next big trend for global power utilities as these systems increase the generating capacity of traditional power plants and sources due to the combination of two or more different types of energy sources.

“One of the main aims of hybrid energy is to reduce the emissions from traditional power plants by using a combination of energy types,” he said. “The utilisation of a hybrid energy system is an effective method of solving the energy and environmental problems prevalent in Africa.”

Chien added that the advantage of a hybrid system is that the two energy sources do not have to be located nearby each other, and can be placed in separate locations to gain optimum exposure of the relevant elements needed to produce renewable energy.

Ultimately, hybrid systems are the answer to providing electricity to remote rural areas where the grid extension is a challenge and uneconomical.

“Fossil fuels, such as oil and coal, are the main source of energy in rural areas but are becoming increasingly expensive, while hybrid systems can provide electricity at a more cost effective price,” Chien explained.

“Furthermore, hybrid systems, especially renewable energy hybrid systems powered by sustainable factors which are abundant in rural areas, can be drivers of electrification in remote areas where utilities can find it challenging to provide electricity.”