Africa&#039;s Growth dependent on the reformation of its Public Sector 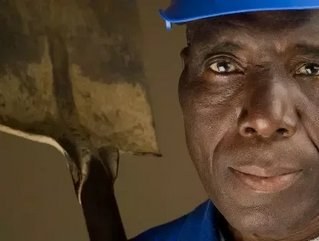 Investment in Africa yields less than half the return measured in growth terms than in other developing regions. This coupled with the fact that Africa faces a dearth of skills ­-  South Africa alone requires more than 829,000 high-skilled workers across a range of occupations - is reflective of the challenge the continent faces in meeting investor demands in a growing competitive economic arena.

According to research conducted by the Association of Accounting Technicians, South Africa, African talent pools are not catering for the rising skills demand that comes on the back of exceptional economic growth in Africa, which shortage has been more visible during this period of global recovery as traditional investors look to new ground for investment opportunities.

In reality, Africa is looking to grow 4.5 percent this year and 4.8 percent in 2013, but, the continent is in a financially awkward position where skilled labour on the continent is hired at a premium price because of labour market dominance. This, coupled with high numbers of unemployed (50 percent of which are aged between 15 to 24 years, the segment of the population expected to be part of the labour force) threatens to, over the long term, hinder African countries from reaching its economic targets.

The challenge faced by the region has brought to light the need for closer and more government and private sector partnerships to resolve the skills shortage in a way that will see the reduction of unnecessary spending, especially in public sector departments that manage investments coming into the continent.

The risk of working within silos in combating the skills gap within the continent is that the region’s public sector will continue to struggle with unfit and unqualified workers that are unable to manage Government resources effectively and efficiently, causing the loss of billions of US Dollars annually for Governments on the continent, which is particularly unfortunate as we move into a time of exponential potential growth in the region.

In recognition of the wide-spread problem though, Africa’s public sector is re-evaluating how it can better facilitate economic growth and vibrancy through ensuring that its own departments (which are the face of any country’s investment landscape) are well-run (i.e. how to avoid wasteful expenditure through financial mismanagement, the creation of unnecessary red tape, and delays in project implementation through poor protocol follow-through).

Combating such challenges in order to ensure the positive economic output of the continent is a journey that is long and with more than one obstacle in its way although it can be sped up by governments doing more to facilitate the support of other stakeholders in implementing effective interventions.  This must see all stakeholders – Government, professional bodies in all sectors, and businesses - have a proper understanding and show real commitment to resolving the skills gap.

The solution may be multi-fold, but Africa must look at shaping a locally-brewed approach that takes region-specific issues into account. Countries’ that have already excelled in committing to an education/training system that effectively feeds major industries is Zimbabwe, South Africa and Botswana. Botswana, for instance, has identified the need for accounting specialists to support its economic goals and already has about 11,000 accounting technicians, with 16 different technical training providers.

South Africa is also making progress with the development of specialised local and national government qualifications for accounting technicians. More than 4,000 municipal financial employees have been trained by the Association of Accounting Technicians, South Africa, which training is being championed by a Government that has prioritised the up-skilling of its own workforce. For example, Eskom, South Africa’s largest and only energy supplier, enrolled more than 150 employees for the qualification in 2006 and the process has been an on-going initiative for Eskom employees. With an accounting qualification and understanding of the basics in financial management, Eskom’s is now saving on unnecessary audits and have better financial governance as a result of public/private sector interventions.

The implementation of such skills development strategies and investment plans by the public sectors of African countries is tapping into the region’s labour potential in a way that builds a ‘fit-for-purpose’ labour force that not only facilitates better investment processes, but acts as an agent of growth and development on the continent (i.e. reduces the continent’s reliance on foreign skills or costly skills, and creates sustainable employment opportunities for locals). The ripple effect to a country, over the long term, is that it continues to bridge the gap between economic growth in the region and social development (resulting in the up-liftment of people from dire poverty, which is a major issue for Africa’s Governments whose population remains largely rural). The success of the continent to exploit economic opportunities in a way that benefits its people will ultimately be Africa’s economic litmus test.

Natalie Zimmelman is General Manager of the Association of Accounting Technicians, South Africa, AAT(SA). Part of her responsibility is to drive AAT(SA), which is a joint venture between SAICA and AAT(UK).  Zimmelman has extensive experience in the education sector, having previously worked at Fasset as the Policies and Projects Manager and at the University of the Witwatersrand’s Administration Department and Students Employment Programme as an Administrative Officer and Placement Officer, respectively.  Zimmelman holds an MBA, with distinction from the University of Pretoria and a Higher Diploma in Corporate Law from the University of Johannesburg, for her undergraduate degree she studied a BSc in Biological Life Sciences.