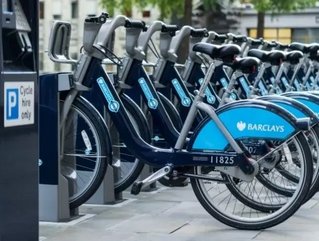 The marketing wing of global drinks heavyweight Coca-Cola could be in line to sponsor London’s Boris Bikes, the cycling scheme named after its Mayor Boris Johnson.

Coca-Cola Enterprises is based in Uxbridge, where Johnson is expected to run as an MP in next year’s general election, and will likely play a large part in promoting the bikes which have already proven popular among visitors and Londoners alike.

UK bank Barclays is the current sponsor, a deal which is due to end in 2015, with Coca-Cola said to be among a number of well-recognised companies interested in taking on the £5.5 million sponsorship according to Sky News.

It would appear to be a move in keeping with the philosophies of Coca-Cola Enterprises, who promote the brand with continued emphasis on environmental aspects. The marketing division employs 4,000 people in the UK.

The UK’s Transport for London (TfL) is in charge of managing the Boris Bikes, and could come in for criticism if it decides to adopt Coca-Cola, also producer of Fanta and Sprite, for it could be said to send out mixed messages regarding health.

TfL is looking at bids tabled and will be announcing its decision sometime in the middle of next year.

There are more than 700 Boris Bike stations across London and during the 2012 Olympic Games a record 47,105 cycle hires were made in a single day.