European SMEs missing out on financial benefits of exporting 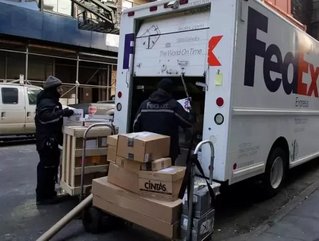 The majority of SMEs across key European markets are missing out on the benefits of exporting according to the new *European SME Export Report, conducted by Harris Interactive and commissioned by FedEx Express, a subsidiary of FedEx Corp and the world’s largest express transportation company. Findings show that more than 6 out of 10 (62 percent) SMEs are currently not exporting despite over three quarters (78 percent) recognising the potential of international markets and customers, and reveal the potential revenue lost by non-exporting SMEs who are missing out up to an additional €647,000 on average in annual sales.

The report takes a timely look at current export behaviour and attitudes among the region’s small and medium-sized businesses, which are widely acknowledged as having a major role to play in driving growth, opening new markets and job creation. It highlights clear differences between the individual markets researched, with exporting behaviour ranging from more commonplace in Spain, where almost half (47 percent) of SMEs are internationally active, to 41 percent in Italy, with French and German SMEs reporting markedly lower levels at 32 percent and 31 percent respectively.

Those SMEs that are exporting to other markets tend to do so on a ‘local’ level with only a quarter (24 percent) exporting outside of Europe. Spain leads the way with a third (32 percent) of SMEs taking advantage of US and LatAm markets in particular, compared with just a fifth (19 percent) of German SMEs which are more focused on near-neighbours in Europe including Austria, Switzerland and France.

Exporting SMEs appear to be reaping significant financial benefits from being internationally active, with fast-growing SMEs (52 percent)** twice as likely to export compared to SMEs that are static in growth or in decline (28 percent) in revenue terms. Exporting SMEs are also more optimistic about their revenue prospects over the next 12 months, with 60 percent expecting growth compared to 48 percent of non-exporting SMEs.

While most SMEs expect more growth in international than domestic revenue, only 23 percent across these key EU markets have firm ambitions to grow their international base, strongly indicating that SMEs are not completely sold on the benefits of exporting just yet. Indeed growth of the SME export market is projected to be steady, with 50 percent of European SMEs anticipated to export in five years’ time (compared with 38 percent today), rising only to 55 percent in a decade.

David Binks, President Europe, FedEx Express comments: “Our research shows that SMEs across Europe are missing out on additional revenue, lacking in confidence to think beyond their own country borders, largely because they perceive the barriers of trading internationally to be too great. Many are reluctant to explore lucrative export opportunities because they are concerned about the practicalities of ensuring they get paid and handling queries and returns without a presence in-market as well as lacking technical know-how around legal processes such as customs procedures.”

“At FedEx, we work with SMEs to help remove the barriers that prevent them from taking advantage of the attractive growth option that exporting can provide. Our aim is to increase the global footprint of European SMEs – those looking to expand existing exporting capabilities as well as those keen to take their first steps. With dedicated online Small Business Centres and access to more than 3,000 global trade experts across our network who can share experience on customs regulations, documentation and packaging, we make it easy for SMEs to do business on the international stage.”