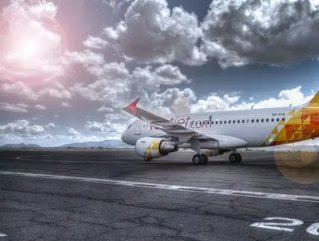 fastjet, the low-cost pan-African airline, has incorporated a company in Kenya as part of its goal to launch a base in the country.

fastjet Kenya, as it will be known, has submitted its Air Service Licence (ASL) application to the Kenyan Civil Aviation Authority (KCAA).

To comply with local airline ownership rules in Kenya, 51 percent of the equity of fastjet Kenya is owned by a Kenyan national while the balance of 49 percent is ultimately held by fastjet plc.

The ASL is a significant step toward obtaining a full Air Operating Certificate which will allow the commencement of operations domestically within and internationally from Kenya.

The KCAA has indicated that the application, along with all other applications, will be gazetted in Kenya on Friday 29 August 2014. The public hearing will be held 21 days after publication, following which a decision will be rendered by the authority.

"This is an important step for fastjet" said Chief Executive, Ed Winter. "We have submitted a comprehensive application to the authorities who have confirmed that fastjet Kenya has entered the approval process.

“We look forward to bringing the fastjet operation to Kenya, offering our market stimulating fares, our excellent on time performance and friendly service.

“We are excited at the prospect of extending the footprint of the fastjet operation through greater penetration of the African market with a Kenyan-based airline.  This is in addition to the application for fastjet Tanzania to operate services into Kenya from Tanzania.  The process for designation of fastjet Tanzania is ongoing."

Alongside the announcement, fastjet also took the opportunity to convey its condolences to all those effected by the ebola outbreak across the continent while confirming that no reported cases had been found in any of its destinations.