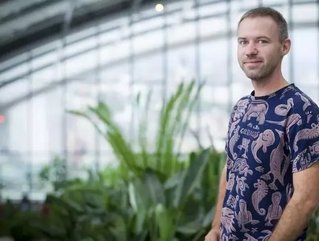 How one Czech company is bridging airline gaps in order to make travelling much cheaper and smoother. To read the September issue of Business Review Europe, click here.

There’s certainly no shortage of companies eager to make life easier for people on the move.

The average traveller can barely move for journey-planners and AI-generated assistance, eagerly adopted by the major airlines and travel providers, keen to differentiate their own offer and hang on to their customer for as long as possible.

But online flight aggregator service Kiwi.com (formerly known as Skypicker) does something different; it combines airlines that normally wouldn’t cooperate with each other into one service, selling flight itineraries that cover missed connections using something called ‘virtual interlining’.

The Kiwi.com guarantee offers free support and replacement if you miss a connection due to a delay. It does this thanks to an army of more than 800 people on hand to solve issues 24/7. Far from feeling threatened, the airlines love it, to the point where 90 of them have signed agreements with the company.

Dlouhý says: “We are actually solving one of their biggest problems. Mostly they’re happy that someone is taking care of the thing that they don’t want to do. It’s extremely complex in the airline world to define what portion of the fare should be split and who takes care of the customers.”

Kiwi.com works with more than 90 airlines and 150 distribution partners, through whom the service is displayed along with other mainstream flight search results.

Dlouhý came up with the idea six years ago while travelling with his then-girlfriend. He says: “We wanted to go to Portugal and were looking for a local flight from Prague to Porto. We found a flight with Ryanair from Prague to Milan, then Milan to Porto, then Porto to Eindhoven and back to Prague again. The four flights were only £50 or £60 and we saved a lot of money. It took us some time, but we were able to do it. I knew if we offered this service to customers it would be successful.”

What Dlouhý assumed would be a small gap in the market turned out to have much greater appeal. Last year the company made more than €700mn in sales, with more than 40m flight searches and 6,000 daily bookings.

It wasn’t Dlouhý’s first business. He first tasted the entrepreneurial bug when he started a school newspaper at the age of nine in his hometown in the Czech Republic, 15km from the Austrian border. The teenage Dlouhý was walking past the local bakery one day, when he noticed that they were buying up blueberries for €2 per litre. He says: “The road sellers close to the border were selling them to the Austrians at €5 or €6 per litre. So, I decided to buy up the blueberries in bulk from the pickers in front of the store for 10% more than the bakery. After 70 litres or so, I sold to the Austrians with a 300% markup.”

It’s this sort of attitude that Dlouhý thinks has helped Kiwi.com to be such a success: “I walk around the world with my eyes open and see what could be done better,” he says. It’s also this sort of attitude that has seen him expelled from no fewer than four university courses. He laughs: “I was studying because my parents wanted me to, but I wasn’t attending classes. I was busy running my own businesses. The problem is that I’m not very good at anything, but I know a little about everything. And although I liked all the subjects at school I never wanted to be an expert in any of those topics. I am the guy who understands a bit of everything but doesn’t want to focus too closely on any one topic.”

But Dlouhý credits most of the company’s success to the team he has around him. “For some reason people trust me and believe my vision,” he says. “I was very lucky in the beginning to find great people to work with. The whole management team are superstars, experts in their own areas and that has helped the company grow.”

And grow it will. With almost 1,400 people around the world working for Kiwi.com, there are, says Dlouhý, many new developments afoot. The company has just signed an important deal with tech provider Amadeus, which will be supplying it with more data. The new Amadeus technology means around 750mn more pre-calculated flight combinations and one more step in Dlouhý’s plans to multiply his company’s market footprint by 10. Kiwi.com also plans to open more offices in Manila, Barcelona, Durban, Dalian and Prague, in addition to the existing ones in the Czech Republic, Kiev, Fiji and Belgrade. The company has also acquired a share in a small Slovene startup that focuses on ground transportation, so there are plans to integrate that into the Kiwi.com offer. This can only be good news for the airlines who, says Dlouhý, “will be able to get even more information on their customer”.

Throughout his company’s rapid growth, the biggest challenge has been maintaining relationships with investors, says Dlouhý. “They are all based in the Czech Republic and they don’t have experience with high-growth companies so this is all new to them. Because they don’t have experience of similar projects it can be hard to persuade them that we need to raise money here and there. Finding a common language has been the most challenging part.”

A challenge this may have been, but it is not one that has deterred Kiwi.com on its flight path to huge growth.