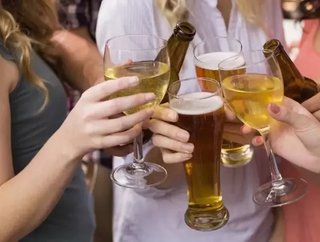 New guidelines for alcohol consumption have been released today. The new limits are based on scientific evidence that links alcohol to cancer and other health problems caused by binge-drinking.

It also suggests that drinking red wine isn’t as good for our health as we were previously led to believe.

The recommended weekly limit for both men and women is now 14 units. Everyone is advised to limit binge-drinking and alternate alcoholic drinks with water or soft drinks.

Both men and women are also advised to take two or three dry days per week. All of this information is based on the fact that no level of drinking is now considered safe. Low and moderate alcohol consumption has been linked to several different types of cancer and can also affect the liver and heart.

Trade bodies have already reacted to these guidelines saying they are confusing.

Kate Nicholls, Chief Executive of the Association of Licensed Multiple Retailers (ALMR), said: “There seems to be little agreement, even among health experts, about the evidence to back up the latest proposals. The guidelines draw a link between alcohol intake and associated health risks, but go on to say that regular drinking levels increase the chance of dying from an alcohol-related condition by just 1%.

“By the Government’s own admission, drinking at regular levels is no more dangerous than a host of everyday activities. What is being lost here is the fact that low levels of drinking remain very low risk.

“It is worth remembering that levels of alcohol consumption have been falling steadily and are at their lowest this century. Much of the work of the licensed hospitality sector in recent years has been focused on providing consumers with greater choice and our venues remain committed to promoting healthy, responsible drinking practices in a supervised environment.”

Once people start to pay attention to these new guidelines – assuming they cause people to alter their drinking habits – there’s bound to be an effect on pubs, bars and clubs. Landlords are already talking about how Dry January affects their businesses.

Paul McIntyre of the Fox and Newt in Leeds said that people not going to the pub for the month of January is a scary concept. He added: “In the pub trade we want moderation - we don't want bingers, we want people to come and enjoy the experience and leave happy and safe.”

Find out more about the new guidelines here.