Jack O'Lanterns: Why Pumpkins are Big Business at Halloween 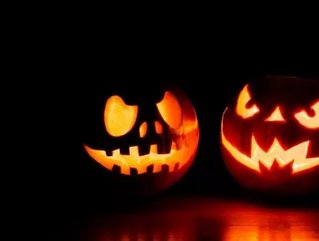 Millions upon millions of pumpkins are sold across Europe in the run up to Halloween.

The UK, supermarket chain Sainsbury’s alone expects to sell 1.5 million, and this is despite fears that supply will not be able to keep up with supply due to a poor harvest caused by high levels of rainfall.

Another supermarket chain, Waitrose, expects an increase in sales of 20 percent compared to last year.

All over the world people leave out carved pumpkins with lights inside – pumpkins at Halloween is a huge global business. But why?

While many may understandably believe that the practice of pumpkin carving originated in the United States, arguably the keenest celebrators of Halloween, its origins actually stretch across the Atlantic into Ireland.

The practice of decorating “jack-o’-lanterns” comes from an Irish folktale about a man named Stingy Jack, which led in early days to people carving out potatoes and turnips before taking the idea over to America, where pumpkins were readily available.

The legend goes that Stingy Jack invited the Devil to have a drink with him, but (true to his name) did not want to pay for it and convinced the Devil to turn himself into a silver coin. Having done this, Jack decided to keep the coin for himself next to a crucifix in his pocket, meaning the Devil couldn’t revert back to his original form.

Jack eventually freed the Devil under the condition that he would not bother Jack for one year and that, should Jack die, he would not claim his soul and send him into hell.

The following year Jack tricked the Devil into climbing a tree to pick fruit for him, carving a cross into the tree. Jack died soon after, and with God not allowing him into heaven for being a conman, the Devil held up his side of the bargain and refused to let him enter hell.

Instead he sent Jack into the darkness with a burning coal, which he put into a carved turnip to light his way – the Jack of the Lantern (Jack O’Lantern). He has been roaming the earth ever since.

The booming Halloween trade has an Irish folktale to thank, with millions being made off the back of the actions of what was, somewhat ironically, a ‘Stingy’ Jack.