Olympics to be screened live on YouTube in Africa 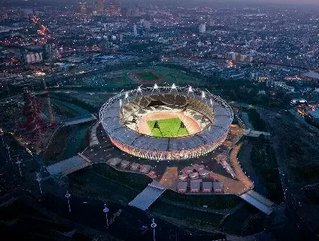 Coverage of the London 2012 Olympics and Paralympics will be screened live on YouTube in Africa, the International Olympic Committee (IOC) has confirmed.

In total the service will available in 64 countries, not only across Africa, but in Asia too, in Nigeria and Kenya, among others.

There will be 11 different channels all together, which will all be HD and will be free for people to access.

Overall there will be 2,200 hours of sport available to watch, of a variety of different events, including the medal ceremonies for all 32 sporting events.

It is thought the arrangement will be worth billions of dollars, although YouTube has declined to comment on the details financial agreement.

However, estimations have been based on similar situations in the past.

For example, it reportedly cost American Broadcaster, NBC, $2 billion for the rights to both the Winter Olympics in 2010 and this year’s Games.

Live screening major is just one of the things YouTube has introduced to enable it to become the world’s most popular video site.

The first event it screened live was the marriage of the Duke and Duchess of Cambridge in April 2011.

Webcasts of other sporting events, such as India's Premiere League cricket matches and the cup sailing contest in America, have also been available on YouTube.

In addition to that, users are now able to rent movies to watch online.