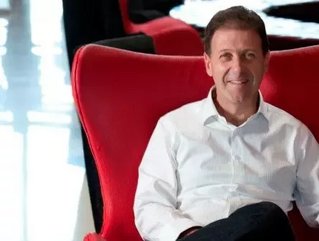 Huge opportunity for tourism development exists in Africa at present particularly for Sub-Saharan countries as growth in GDP rates combined with the emergence of a new type of independent traveller make the region a must-visit destination.

Many of the large hotel groups and travel operators are hailing Sub-Saharan Africa (SSA) the last renaissance for opportunities within the sector once the focus on the Chinese and North African markets has shifted.

According to the World Bank’s 2013 Africa Tourism Report, the number of tourists arriving in SSA has grown by more than 300 percent since 1990 with 2012 marking a high of 33.8 million tourists who visited the region.

This also resulted in an increase in the amount of income generated from tourism, which amounted to over US$36 billion directly contributing to just over 2.8 percent of Sub-Saharan’s GDP.

Those with an eye to the burgeoning market are already making moves to get their slice of the cake including the likes of global players such as Marriott International.

At the beginning of April it concluded a $200 million deal to purchase the continent’s largest independent hotel group, Protea, which owns, manages or franchises 116 hotels.

The acquisition has catapulted Marriott from the 13th largest hotel company on the continent to the number one spot by number of hotels, bringing its total to 163 hotels across 20 countries.

Undoubtedly the strategic take-over of the Protea Group, which started out with four owned hotels in 1984, will prove a valuable asset to the international chain.

Having its roots in Africa, Protea’s management have a sound knowledge base of the requirements of its customer’s desires and needs, along with the changing shape of this unique tourism market.

Danny Bryer, Protea’s Sales and Marketing Director, has his finger on the pulse of tourism trends and is excited by the transformation his industry is undergoing at present.

He said: “There is a huge opportunity for both industry and tourism growth in Africa at the moment. I think it is important to look at the transformation from both a political and economic point of view, because the rest of the world has been going through an economic crisis.

“We have seen local infrastructure growth in energy and minerals as well as exporting raw product across various countries and while the growth has been slow over the past three years, countries like Mozambique, Botswana, Zambia, Angola, Tanzania, Nigeria and Ghana have seen GDP rates rise steadily.”

As a result, explained Bryer, demand from the business traveller in many of the leading capital cities such as Accra in Ghana, Kinshasa in the Democratic Republic of Congo, Luanda in Angola, Nairobi in Kenya and Kampala in Uganda are showing huge growth as far as hotel room numbers are concerned.

He said: “I do see growth in these capital cities to cater for future demand, but need to raise a red flag to say that much will depend on seat capacities of flights coming in to those various countries.”

Apart from the need to upgrade airports and encouraging airlines such as Emirates and international airlines such as British Airways to lay on more routes to the country there are other constrictions that need to be overcome.

Cited in the 2013 Africa Tourism report are issues such as land ownership and availability and how land rights are transferred which are central to business and tourism development.

Other hurdles include access to finance for investors, taxes on tourism investments, low levels of tourism skills among Africa’s population, lack of security, safety and high crime and bureaucratic processes.

However, there is a strong desire by many African governments to overcome such issues and allow the continent to take up a strong position within the global markets, as its economies continue to show promise.

Staying ahead of the tourism trends is also key to the success of the sector and an area which Bryer and his team are working hard at.

In recent years there has been a noticeable change to the kind of tourism visitor entering the continent in that they now represent a much younger age bracket (25-45) as opposed to the (35-55) group that was more prevalent 15 years ago.

“In Africa we are seeing the emergence of the exponential traveller, who is experimental, younger and travels independently,” said Bryer.

“These are the people who do not like to travel in groups but independently visit places like Victoria Falls, Mount Kilimanjaro, or Tanzania’s Maasai Mara National Reserve.”

This type of visitor coupled with a growth in the number of Africans visiting other parts of the continent is a largely untapped market which is expected to continue growing for the next five to 10 years.

Meeting the visitor’s requirements is top of Protea’s agenda and in this day and age allowing guests to stay connected is of paramount importance.

“Wi-Fi connection is hugely important,” said Bryer. “You have to ensure your guest has accessibility on whatever device they arrive here with and for us that is one of most important issues for the global traveller right now.”

Another important focus is on providing social areas which enable guests to join in and communicate with each other. Long gone are the days when visitors primarily focused and stayed in their rooms.

“The third most important factor is the freshness of the room,” said Bryer. “Every guest must feel that they are the first person to check into a hotel bedroom, wherever they are.”

A coming together of governments and the private sector is key to Africa’s continued success in the tourism sector and it is now looking more likely than ever that the continent is going to become increasingly a top-of-the-list destination for the rest of the world.