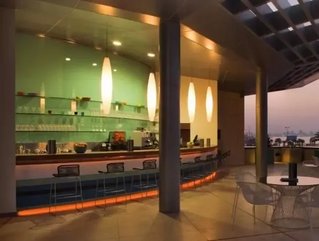 The CEO of one of the world’s leading hotel chains has welcomed the launch of AviaDev Africa (an event bringing together aviation and tourism authorities) and called for closer cooperation between the hotel and airline industries.

Wolfgang M. Neumann, President and CEO of The Rezidor Hotel Group, will be participating at the Africa Hotel Investment Forum (AHIF), on the panel discussing tourism infrastructure in Africa. AHIF, a hotel investment conference running parallel to AviaDev Africa, will be taking place on 4-6 October in Kigali, Rwanda. It brings together top-level international investors, business leaders, industry experts, government ministers and officials, from around the globe.

AviaDev visitors will be able to meet and network with 30 airlines, 40 airports and 500-plus delegates in 1,000 meetings.

The two conferences will provide a platform for airports, airlines, governments and tourism authorities to plan future air connectivity in Africa and to discuss those plans with the hospitality industry. They will also be able to discuss the main issues confronting economic growth in the region that have been recently compounded by the threat of terrorism and the outbreak of Ebola.

Matthew Weihs, Bench Events Managing Director, said: “Hosting these two co-ordinated events provides a unique opportunity for everyone involved in the aviation and hotel industries. We have some exceptional speakers, as well as plenty of opportunities for networking and forming mutually beneficial partnerships.”

Both conferences have been organised by Bench Events. They take place at a time when data produced by the International Air Transport Association (‘IATA’) has predicted strong growth for Africa, which will include seven of the top 10 fastest growing aviation markets.

Wolfgang M. Neumann said: “The success of airlines and hotels are inextricably linked. The two industries have worked closely together for decades and it’s important that this dialogue is maintained. We keep a close eye on what’s happening with new routes and flights as these are ultimately a reflection of consumer demand.”

Neumann said that Rezidor has seen a surge in growth in Africa, “more than anywhere else in the world,” and added: “Scheduling a new airline route development conference alongside the Africa Hotel Investment Forum is a smart move and bound to attract more decision makers to shape the future of travel in Africa, and facilitate a meaningful discussion on the issues and opportunities in the region.”

AHIF and AviaDev take place at the Radisson Blu Hotel & Convention Centre in Kigali from 4-6 October 2016.  Full details, including the programme and speaker line-up can be found at www.Africa-Conference.com.