The rise of social searching 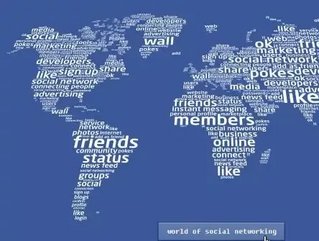 It is pretty obvious that going online is becoming the preferred option for finding information on products and services. Despite the global financial crisis, which has had a serious impact on general retail sales, the online retail sector continues to grow at a considerable rate, and the internet is taking over from telephone directories and print advertising when it comes to locating offline services, hotels, restaurants, and shops. If you need a plumber, it's increasingly likely that you'll turn to the computer first.

However, you may not turn to a traditional search engine. Over the last few years Google, Yahoo, and more recently Bing have served billions of search queries, but the internet is changing. Out of the three most popular sites on the internet (as reckoned by Alexa.com and more or less anyone else), two are based around the sharing of user generated content. Google.com is still the most used site on the internet but YouTube and Facebook are up there too.

The new internet is social. Instead of navigating a network of fairly less static sites full of information put up by webmasters, the new generation of internet user expects to be able to participate, to share photos and messages, to post content of their own, and view the contributions of other ordinary users- videos, pictures, reviews and opinions.

Instead of trusting Google to find you a nearby plumber in the local area, internet users are now becoming more inclined to tap into the social network of friends, colleagues, and like-minded individuals they trust.

When shopping for a particular product they expect to be able to read reviews or see how many friends the business has on Facebook. Before taking a job with a particular company, smart jobseekers check that company out on Twitter, and recruiting businesses check out the social media contributions made by applications in return.

Searches on Facebook, Twitter, and other social sites are increasingly common. Exact figures for social searching are harder to pin down than those for regular search engines; it is known that Twitter served anything up to 19 billion searches per month in late 2009, when figures were reported by the parent company. At first glance that beats the traffic level of Bing and Yahoo combined (as of December 2009, those numbers were 9.4 billion for Yahoo and 4.1 billion for Bing).

It's not quite that simple - a larger proportion of Twitter searches are automated and not made by real people, for example, and there are no available figures for the number of tweeted inquiries and requests for recommendations. However, considering the strong growth in social media over the last couple of years, it's safe to say that this kind of searching is becoming a real force and a real asset for those who figure out how to use it to their advantage.

There are plenty of different ways to do that. A practice as simple as monitoring Twitter traffic for inquiries relating to a certain field can be a very good way to find new customers. Replying also establishes authority and expertise, so those who use Twitter to search rather than ask for recommendations will see the company name come up.

Jess Spate is an independent SEO consultant for companies in the travel industry, including Timeshare Secrets, a leading information resource. To contact the author, email [email protected].