Sainsbury's and Asda: the merger in numbers 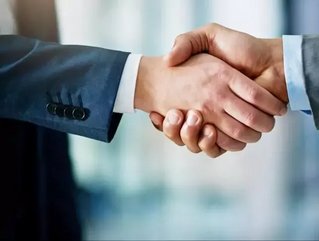 Sainsbury confirmed its planned merger with Asda on Monday in a transaction estimated to be worth £13.3bn.

One of the most significant moves in the retail sector in recent years, the merger will see the UK's 'Big Four' supermarket chains reduced to the 'Big Three' as the pair join forces to take on the likes of Tesco, Morrisons and Aldi in an increasingly competitive space.

"We believe that the combination of Sainsbury's and Asda will create substantial value for our shareholders and will be excellent news for our customers and our colleagues," commented Sainsbury's Chairman David Tyler.

With the 'Combination' now set to be handed over to the competition authorities for approval, Business Chief picks out some of the key figures involved in the deal:

£51bn - This figure represents the combined revenue of Sainsbury's, Asda and Sainsbury's Argos range of retail outlets based on the 2017 fiscal year.

2,800 - The number of combined stores the entity will manage once the merger has been approved. This number is just the bricks-and-mortar outlets for Sainsbury's, Asda and Argos - the brands also own three of the most visited e-commerce platforms in the United Kingdom.

330,000 - The complete number of workers across the businesses who will become colleagues when the merger is ratified. Tesco housed 328,000 employees in 2017, so in terms of the sizes of their workforces the two rivals will become remarkably similar.

47mn - This is the total number of customer transactions the new entity will process per week across the grocery, general merchandise and clothing retail sectors.

21 - The percentage by which Sainsbury's share price increased soon after the merger was announced. Shares at its main UK rivals fell.