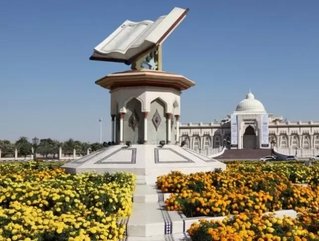 Sharjah Commerce and Tourism Development Authority (SCTDA) has announced Sharjah Tourism Vision 2021, a tourism development strategy that aims to attract more than 10 million tourists to the emirate by year 2021.

SCTDA’s strategic plan, which follows an in depth study of Sharjah’s tourism market, proposition for tourists and opportunities in the sector, is built on four key pillars.

– An Innovative Tourism Approach is core to the second pillar, improving the tourist experience through the provision of innovative solutions.

– Continuing to develop Sharjah’s status as an International Cultural Hub will be the fourth pillar, which also resonates well with Sharjah’s family tourism objectives.

In addition, the emirate hosts around 3,000 events every year including the Formula One Power Boat World Championship, Sharjah Light Festival, Sharjah Heritage Days, Sharjah Theatre Days and the Sharjah Biennial. According to the latest figures available through SCTDA, the number of tourists to Sharjah during the first half of 2014 exceeded one million. The figure showed a 15 per cent growth over the same period in 2013.