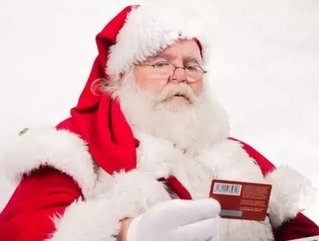 As the horror or delight of Christmas shopping looms for millions across Europe, the battle between the high street and internet for the festive retail rush intensifies.

Traditional modes of shopping on foot have been eroded by the emergence of E and now M-commerce, and another record year is predicted in terms of the numbers of goods purchased on tablets and smartphones.

To gauge an idea of the comparative strength of Christmas online and high street retail, the season of good will can be reduced down to two or three days – Sofa Sunday, Cyber Monday and Black Friday.

READ MORE: Is Your Business Ready for Black Friday and Cyber Monday?

Sofa Sunday represents the day where people are most likely to sit down at home and buy presents online, with Black Friday comprising the frenzy to secure the best deals and finish the job (or in many cases, start and finish the job).

This year in the UK, Sofa Sunday is set for November 30, and retailers predict that millions of British shoppers will make significant inroads into their list of gifts. It will also be a weekend of huge pressure for the various supply chains and delivery units of major sellers.

Black Friday falls on November 28 in the UK, with E-commerce giant Amazon already promising 40 percent off deals in its bid to keep people at home before Sofa Sunday and Cyber Monday on December 1.

Many stores are beginning Black Friday sales on Monday November 24 to encourage greater footfall and away from couch commerce.

Last year the high street was pummelled by atrocious weather, not helped by the ever-advancing online sector which is now bolstered by more flexible deliveries and discount deals than ever before. Parking charges are another gripe of many high-street turned sofa shoppers.

The trend is set to continue this Christmas. Will retailers endure another difficult year as more consumers stay at home to tick off large portions of their shopping lists.