Top 10: Most valuable brands in the Middle East 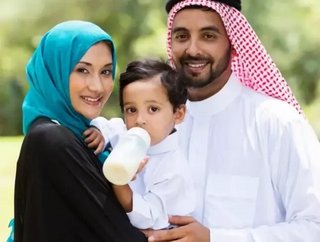 Now in its seventh year, the Middle East 50 lists the top 50 brands in the region based on brand value. This list is put together by Brand Finance, which looks at brand strength within the market, revenues, and potential future sales to calculate the values that determine the list.

The total value of these brands has grown by 11 percent between 2015 and 2016, although that’s down on the 23 percent growth seen in 2015. This show that the Middle East’s top brands may be reaching their potential.

In position 10 is Oooredoo, a communications company dedicated to making Qatar one of the best-connected cities in the world. It’s moved up from position 11 with a 23 percent increase in brand value on 2015. With an AA rating from Brand Finance, Oooredoo is one of the strongest telecoms companies in the region.

In the full Middle East 50, the rivalry between the UAE and Saudi Arabia remains close. There are 21 Saudi brands present in the table against the 16 from the UAE. However, the latter are significantly more valuable with the total brand value of UAE brands at $27.9 billion compared to $26 billion for Saudi Arabia.

This bank continues to grow with an increase of 23 percent on its brand value in 2015. This is down to the expanding Dubai economy and more people taking out loans through the bank. Like many other banks, Emirates NBD offers a diverse selection of products that satisfy a range of customer needs.

The National Commercial Bank was the first Saudi bank to be licensed in the Kingdom and is one of the leading financial institutions in the region. It’s new to the Brand Finance rankings with an impressive jump into eighth position.

Almarai has come a long way since its formation in 1977 and today is the world’s largest vertically integrated dairy company. The continued growth is down to its specific strategy and continued dedication to improving the core offering. Diversification has also been a large part of the brand’s growth as it’s moved into the juice business and is now a clear market leader in the GCC.

Al-Rajhi Bank, however, has seen growth of 13 percent over the last year. It’s one of the largest Islamic banks in the world with a customer-centric approach that positions it as one of the leading and most progressive banks in Saudi Arabia. Its growth is down to continued diversification of its services to meet the needs of its customer base.

Banks make up a huge 50 percent of the top 50 brands in the Middle East with Qatar National Bank at the top with a brand value of $2.4 million. The value has dropped six percent over the last year but not enough to move the brand from fifth in the rankings.

With the largest growth in the top 10, Qatar Airways has jumped 26 percent in brand value going from $2.7 million in 2015 to $3.4 million in 2016. This growth over the larger Emirates airline is down to the fact that Qatar Airways serves more destinations while still having room to expand, unlike Emirates which is limited by its hub of Dubai International.

With growth of four percent over the last year, Etisalat is another telecoms company making the top 10. Based in Dubai, the company is pioneering 5G trials in the UAE, including co-ordinating the development, design and deployment of future technology platforms for fifth generation mobile broadband. Since government restrictions on investment in the company were lifted in June 2015, shares have rallied.

The Saudi Telecom Company ranks once again as one of the most valuable brands in the world and places second in the Middle East despite a one percent drop in brand value on 2015. Like many telecoms companies, there is a focus on innovation through technology to help drive profitable growth while transforming the business to meet the needs of its customers. STC also aims to drive socio-economic development in Saudi Arabia and in its other markets by enabling a knowledge-based economy.

The airline has consistently dominated the rankings and from 2015 to 2016 has grown 17 percent with a brand value of $7.7 million. This year there has been a change in strategy and mindset which has seen the company become more receptive to partnerships. In partnering with Qantas, Emirates is able to offer more flights to more destinations and has since formed a smaller deal with Malaysia Airways.

Emirates continues its relentless rise despite already being the quickest growing carrier with the largest fleet of A380s; it has 75 of the passenger planes with another 65 on order.

As well as revenues on the up, the brand is gaining favour with customers too. Its score for familiarity, consideration, preference, satisfaction and, crucially, its recommendations are all up.