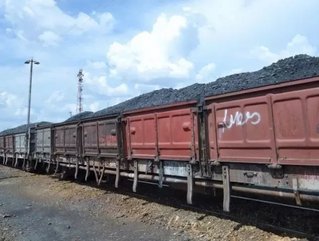 Transnet has announced the signing of a R24 billion deal with global mining company, BHP Billiton to provide trains bringing coal to the coast ready to be exported.

South Africa’s state logistics company emphasised the contract has been agreed on a ‘take or pay’ basis meaning that Transmit will provide the trains regardless and the company is then obliged to pay whether the product is shipped or not.

BHP is the first major customer to commit to a long term contract such as this with Transnet but announcement is thought to be kick-starting a concerted strategy with the model apparently being negotiated with a further 28 customers between now and the end of November.

"The deal will be adding close to 10 million tonnes in capacity on the line from the current 73 million tonnes over the next seven years," Transnet, which has battled to boost its ability to move coal, said in a statement.

"The agreement with BHP is a massive boost for certainty around Transnet's capacity expansion programmed on the export coal line."

Jon Evans, BHP's energy coal South Africa asset president, told a news briefing that the company's demerger plans would have no impact on the deal.

In August, BHP said it would spin off some aluminium, coal, manganese, nickel and silver assets worth an estimated $16 billion into a new company headquartered in Perth and listed in Australia, with a secondary listing in Johannesburg.

South Africa is a major producer and exporter of coal, which gets shipped through its Richards Bay Coal Terminal (RBCT) to Asian and European markets.