Visitors are spending more in the UAE 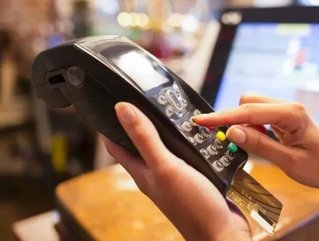 Overall tourist spending in the UAE rose by 5 per cent in the first quarter of the year compared to the same period in 2014 according to a new study by Network International, the leading payment solutions provider in the MENA region. The report, based on credit or debit card transactions by country in the first quarter of 2015, found that Americans accounted for the largest portion of total spending in the quarter with 21 percent. Tourists from Saudi Arabia came next (12 percent), followed by UK (9 percent), China (4 percent) and Kuwait (3.4 percent).

The Russian Rouble crisis has had a major impact on spending by Russian tourists which dropped by 52 percent in Q1, taking the country out of the top five spenders for the first time in recent history. Despite coming in the top five, Chinese spend is down by 7 percent on the same period last year. These drops were offset by significant growth in spending from the USA up 9 percent, KSA up 25 percent and Canada up 53 percent since last year

Unsurprisingly, given distance travelled, Americans, Canadians and Australians spend the most of any nationality on airfare. However, once they arrive they spend the lowest average amounts on hotels and meals. The Chinese spend twice as much (average transaction value of AED 13,000) on watches and jewellery as the next tier down, comprising the Russians, Americans and Swiss. Anecdotally, recent tightening of anti-corruption legislation has been impacting Chinese Average Transaction Value (ATV) as they are less likely to buy multiple watches in a single transaction.

Commenting on the results of the research, David Mountain, Chief Commercial Officer, Network International, said: “Each of these spending behaviours provides useful insight on market segmentation and positioning to retailers in the UAE. However, when looked at through a geopolitical lens, movements in currency and the affluence of nations, the data presented can have profound effects on different markets.”

“Network International is the leading merchant acquirer in the UAE and processes well over half of all merchant transactions in this market. Accordingly, we are able to see trends and patterns in spending which are indicative of the overall market. This provides valuable data for not only merchants and businesses but also for the government in assessing the continuing appeal of the UAE to international visitors.”