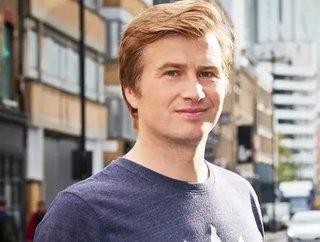 In the first of our C-Suite spotlights for EMEA, we profile Estonian Kristo Kaarmann, CEO of Wise, a unicorn tech firm that’s about to go public...

Who exaclty is Kristo Kaarmann?

A financial services entrepreneur, ex-consultant with a computer science and maths background, Kristo Kaarmann is a London-based Estonian who is CEO of Wise (previously Transferwire), an online currency exchange and payments service, which he co-founded in 2011. Dubbed the robin hood of currency exchange, Wise is the first of its kind, allowing people to access the real-world market exchange rate by cutting out traditional banking fees. With backers such as Richard Branson, Wise turns an annual profit of £21.3 million and transfers about £4.5 billion monthly for individuals, small businesses and even banks.

And why is Kaarmann in the spotlight?

Well, because the company he co-founded and is CEO of is one of the fastest growing tech companies and having raised over US$1 billion in primary and secondary transactions from investors, Kaarmann has announced he is planning to take Wise public and has appointed Goldman Sachs and Morgan Stanley to help. And because in February, Kaarmann ditched his original company brand Transferwise for new branding, Wise, as he has a broader vision for the 10-year-old money transfer service with plans to move towards a stronger digital banking-based business model and roll out investment products to Wise’s 10 million customers later this year.

How did Transferwise (Wise) come to be?

While working as a management consultant at Deloitte in London in 1999, Kaarmann received a Christmas bonus of £10,000, which he transferred to his Estonian savings account only to discover the bank had used an exchange rate 5% less favourable. This led him, and co-founder and fellow Estonian Taavet Hinrikus (who he met at a party) to find a way of transferring cash overseas in a more cost-effective way.

And how did Kaarmann get there?

Prior to setting up Wise in 2011, Kristo was a manager at Deloitte for four and a half years where he specialised in actuarial modelling systems, implementations and delivering systems, tools and data environments for clients’ finance, risk and actuarial departments. He also led the firm’s tech approach to help clients with management information and systems architecture challenges in response to the Solvency II regulatory requirements. At PwC, Kaarmann helped banks and insurers bring their processes and systems into the 21st century. Here he analysed and designed management information systems for retail banking clients. He started his first business, an online investments tracking portal investor in 1999, which he sold a few years later. He has an MSc in Mathematics and Computer Science.

Any other awards or achievements?

Well, apart from being named the wealthiest Estonian citizen, according to Estonian World in 2018, he was recognised in the 40 under 40 by Fortune Magazine

In his own words…

“When you're starting up a new business, you have to be organised. Consultants are usually good at organizing and structuring the work to get things done fast.”