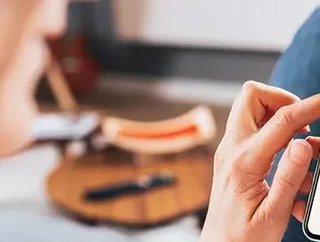 As Kellogg’s announces staff menopause support, we highlight the businesses in the UK putting women’s welfare on the workplace agenda

Cereal giant Kellogg’s has announced the provision of support to UK employees who are going through the menopause, pregnancy loss or fertility treatment.

The support, which is estimated to benefit some 1,500 Kellogg’s workers, is set to include paid leave for pregnancy loss without the need for a doctor’s note, three blocks of leave each year for those going through fertility treatment, and flexible working and occupational health support for those experiencing the menopause.

Acknowledging that the impact of such experiences can be both physical and mental and that they “aren’t discussed widely in the workplace”, Kellogg’s Europe VP in Human Resources, Sam Thomas-Berry explained that the cereal manufacturer wanted to “create a culture where people feel psychologically safe”.

Kellogg’s isn’t the only UK business prepared to make menopause a workplace issue and not just a women’s issue. A number of large companies, including PwC, Vodafone and Diageo, have recently announced initiatives.

And just last month, October 2021, saw the launch of the Menopause Workplace Pledge, in partnership with Hello! Magazine and supported by Bupa, calling on employers to recognise that menopause is an issue in the workplace; to talk openly, positively and respectfully about it; and to actively support employees.

And such initiatives are needed as the menopause can have a significant detrimental effect on women and their performance in the workplace.

Research in 2019 by the UK’s Chartered Institute of Personal and Development (CIPD) found that three in five working women between 45 and 55 experiencing menopausal symptoms say their work is impacted, while 65% said they struggled to concentrate and 58% experienced more stress. Nearly a third of women said they had taken sick leave due to their symptoms with the majority not being honest with the reason.

Not only is this resulting in huge productivity losses costing more than US$150bn a year, according to Frost & Sullivan, but research by Bupa and CIPD in 2019  found that almost a million women in the UK left their job in the last year because of menopausal symptoms. That’s not great for business when you consider that one-third of the UK workforce is over 50.

Acknowledging that many managers “are in the dark” on how best to support those experiencing the menopause, Rachel Suff, senior policy adviser for the CIPD urges businesses to “treat the menopause like any other health condition and have open, supportive conversations with women in their teams”.

So, what other businesses are breaking the taboo and putting women’s welfare on the agenda?

With 50% of its 22,0000 staff in the UK female, accounting firm PwC announced in October 2021 that it had rolled out health insurance for women going through the menopause and was further encouraging sufferers to use its flexible working policy to stay at home if they prefer. The first major city firm to address the issue, the company said it wanted to break the taboo around discussing the subject in the workplace. PwC further announced it would be holding seminars and online forums to educate younger staff about menopause and would train managers on how to talk to their staff about it.

Following predictions that menopause affects some 15% of its 100,000 employees, Vodafone announced on in 2021 (March 8, International Women’s Day) that it would offer a programme of support for employees across Europe and Africa. Driven by the company’s commitment to creating a more “inclusive culture” Vodafone’s CHRO Leanne Wood said they wanted to create an environment that “supports and normalises these life stages by openly talking about and supporting menopause in the workplace”.

To do this, Vodafone has introduced training and awareness programmes about menopause for all employees to help spread awareness, and will offer extra support around sick leave, medical treatment and flexible working.

Like Vodafone, multinational firm Diageo is “committed to creating a fully inclusive and diverse workforce”, according to global talent director Louise Prashad, and as part of this is committed to “championing open and empowering conversations, particularly in subjects that can often be difficult or taboo”. That’s why in March 2021, the drinks giant introduced its new menopause guidelines (across the UK, US, Canada, Ireland) with the aim of raising awareness of menopause and offering employees resources to help them deal with it. Not only will employees get access to counselling and mindfulness sessions, but they will be offered increased workplace flexibility around working hours and sick leave.

Choosing to introduce its menopause awareness campaign for employees in the UK on World Menopause Day (October 18) in 2020, UK-based insurer Aviva unveiled a service called Peppy. Available to all of Aviva’s UK employees, the Peppy app offers free 45-minute one-to-one phone consultations and a personalised live chat with menopause experts. This is supplemented by seminars aimed at helping to raise awareness and support for those experiencing menopause. “An open and empathetic culture, with proper training available for leaders, access to expert advice for individuals and supportive policies like flexible working, will help us better support our people, their partners and families during every stage of their lives,” said Aviva’s chief people officer Danny Harmer at the time of the launch.

The British branch of Spanish bank Santander announced in 2020 that it too would introduce the Peppy menotech app as part of its benefits offer and this has subsequently had amazing results, according to Santander UK Theresa Winters with 75% of participants feeling that their menopause symptoms were less bothersome after just four weeks. The app is now used by more than 500 employees. Not surprisingly, Santander was named one of The Times Top 50 Employers for Women 2021.