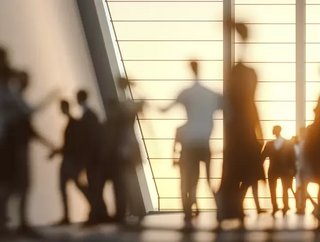 In a week where Facebook announced it is creating 10,000 jobs in the EU for its ‘metaverse’ vision, we round up the latest executive moves in EMEA Versace exec veteran Jonathan Akeroyd has been appointed CEO for iconic British luxury brand Burberry, starting April 2022. Joining from high-fashion rival, Milan-based Gianni Versace, where he’s been chief executive since 2016, and oversaw the US$2.1bn sale of the business to Michael Kors three years ago, Akeroyd has been brought onboard to help Burberry reposition itself as a top-tier luxury player. Prior to heading up Versace, Akeroyd spent 12 years at another iconic British fashion brand, Alexander McQueen, where he led the brand through the consequences of the death of its namesake founder. He also held senior fashion roles at London luxury department store Harrods. Societe Generale veteran Hacina Py has been promoted to the role of Chief Sustainability Officer at the European financial services group, just as the company’s CSO role is elevated in company priority. An employee of Societe Generale for 25 years, Py has held a number of roles in her tenure at the bank, including as Head of Scarce Resources Management for financing activities, and most recently as Head of Impact Finance Solutions for Global Banking. According to CEO Frederic Oudea, Py’s experience will be instrumental in making sure CSR issues “are at the core of our business development”. HR specialist Mira Magecha has been tapped by grocery delivery startup Getir to be its Chief People Officer, as the Turkish startup expands its business across Europe and the US. With more than 15 years of experience in HR, Magecha most recently served as chief people officer at takeaway delivery company Just Eat, where she spent five years. Prior to this, she held various leadership roles including at consulting firm Capgemini and broadcaster BBC. In this new role, Magecha will lead the brand’s global people team, coordinating HR operations across the UK, Turkey, Netherlands, Germany, France and Spain and hiring top talent as it expands.

Having worked for the consulting firm since 2013, Johan Lindvall has been promoted to chief executive officer of Willis Towers Watson Sweden, and as the consulting firm’s head of Sweden and Finland. Lindvall previously developed and managed the firm’s Affinity insurance-tech operation. Prior to WTW, Lindvall worked as commercial direct at Norwegian insurance firm Protector Forsikring, and prior to that at consultancy Aon.