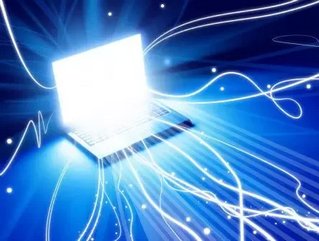 The Internet Society will partner with AFRINIC and other organisations in Africa and around the world to conduct workshops in each of the five AUC geographical regions over the next 18 months.

As part of this agreement, the Southern African Development Community (SADC) in partnership with the AUC and the Internet Society are currently undertaking the first Regional workshop on best practices and benefits of setting up Regional Exchange Points and Regional Internet Carriers from 3-7 February 2014 in Gaborone, Botswana.

Attendees at the workshop include more than one hundred experts from Ministries, regulatory agencies, IXPs, and the private sector from the following countries of the SADC region: Angola, Botswana, DRC, Lesotho, Malawi, Mauritius, Mozambique, Namibia, Seychelles, South Africa, Swaziland, Tanzania, Zimbabwe, and Zambia.

In August 2012, the Internet Society announced that it had been selected by the AUC for the first contract under the AXIS project to conduct 60 Community Mobilisation and Technical Aspects workshops in 30 African countries.

To date, more than 30 workshops have been completed and a number of the countries where these workshops took place are expected to launch their IXPs in the first half of 2014, thus highlighting the sustainable efforts made by AXIS towards significantly changing the interconnection landscape of the entire African continent.

As countries establish their own IXPs, Internet traffic will be routed locally, creating cost and performance benefits and stimulating growth in and distribution of local Internet content.

In spite of this progress, much of Africa’s regional Internet traffic is still routed through Internet Exchange Points external to the African continent, which is costly and an inefficient way to handle the inter-country exchange of Internet traffic.

The regional exchange points that will be developed will help keep intra-African traffic within the continent.

“The award of this contract reflects the success of the Internet Society’s work to date on AXIS, and we are very thankful to the African Union for this recognition and trust,” said Dr Dawit Bekele, Internet Society Regional Bureau Director for Africa.

“The AXIS project is instrumental in developing a reliable and sustainable Internet infrastructure in Africa.  The Internet Society has provided technical training in Africa for nearly 20 years, and we are very pleased to continue this important work.”