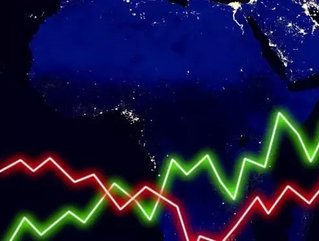 Despite the Africa-rising narrative, Africa has a long, turbulent history of colonialism, bad governance, and poverty. The continent suffers from weak institutions and distressed civil societies. Capitalism has had to be re-imagined because of the uniqueness of this continent.

We call it Africapitalism, a term that describes the need of the private sector in Africa to commit to socio-economic development.

As most of the continent’s countries have developed, companies have been able to do anything they want to do. Governments don’t often hold them accountable and investors aren’t always keen to be ethical either. There’s little pressure for businesses to be responsible.

That’s one of the reasons why resuscitating Africa from near economic and social collapse has continued to remain a booming business for multinational institutions, foreign governments, aid agencies, international NGOs, and international donors. Regrettably, some of these actors have also proven to be Africa’s Achilles’ heel. The latest to arrive among this foray of helpers are multinational corporations, which are often forced to take on public responsibilities in the form of corporate social responsibility.

Predictably, none have had the solution to the continent’s challenges, most continue to flounder at the margins. The crisis of ‘development’ in Africa and the failure of either the state or the market to deliver has in recent years led to a call for better collaboration and partnership among the state, business, and civil society, if developmental challenges are to be addressed.

For Africapitalism to work, it will need to tap into people’s moral psychology. Companies in Africa can engage in sustainable and responsible business practices if people’s emotions are tapped into, perhaps even their religious values. If you leverage their emotions about helping Africa develop, because the continent belongs to them, there’s a chance of success in utilising African pride. That’s why some foundations to help people have been effective.

This understanding of Africapitalism may be contrary to the dominant understanding of western capitalism that’s primarily driven by self-interest, but to be a meaningful idea and for its true transformational potential to be realized in both management theory and practice, then its philosophy and underpinning ideas need to be clarified and proactively promoted.

However, business is linked to society, and governance is strong in countries like the UK and the US, which is reflected in how business is run there. Business in Africa is different – the language of business doesn’t lend itself to helping others – and reflects where the continent is in its development. This needs to change.

A different business model needs to become the norm, without corruption or disregard for ethics.

This has been demonstrated by Ugandan agribusiness company, Good African, which reinvests 50 percent of its profits in the growers and their communities. The business exemplifies a form of entrepreneurship that strives to create financial and social wealth for all stakeholders. The Chair Centre has developed an enviable brand due to its anti-bribery stance and commitment to socio-economic development of Africa through local manufacturing. The Co-Creation Hub in Nigeria is another example of how entrepreneurship is unleashed to address sustainable development needs in Africa, which is at the heart of the Africapitalism agenda.

The idea is that the benefits of progress and prosperity need to be equitably shared.

There is also the possibility of using public opinion and pressures such as social rankings and reward systems to nudge firms into improving their practices.

Another idea is introducing government incentives and policies such as tax credits and concessions. However, it is slightly puzzling that some of the efforts of African governments to curtail the excesses of big firms are positioned as a risk. The rare mention of sustainable and responsible business practices is a lost opportunity to challenge some nefarious activities of some businesses in Africa.

My own research, from years ago in Lagos Business School in Nigeria to today at the University of Edinburgh Business School, has shown that businesses can isolate themselves from their environments and become ethical, responsible, and encourage a fairer Africa. Responsible business practices are possible, despite the inherent challenges of weak institutions.

Sustainable development doesn’t disadvantage future generations and, ultimately, these ideas will change the practice of capitalism in Africa.

Professor Kenneth Amaeshi is from the University of Edinburgh Business School. You can find the story of the Chair Centre here.