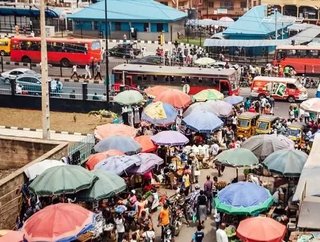 For decades, major retail corporations grew and grew off the back of a constant stream of customers on the hunt for the latest innovation or fashion, a new piece of tech or simply what everyone else was already sporting.

As the good times rolled, many retailers failed to spot how consumer expectations were evolving. Over the past decade, a growing number of consumers wanted more than simply a high-quality product. They wanted to spend their money with an ethical, sustainable and transparent brand. This resulted in retailers facing questions such as who made a product, what were their working conditions, what raw materials were used and how they were sourced? Unfortunately many businesses, whose growth had been built on an increasingly complex web of supplier relationships, couldn’t answer these seemingly simple questions.

The potentially dire consequences of creating such a complex supply chain has been laid bare on numerous occasions in recent years, none more so than in 2013 when the horsemeat scandal saw consumer trust in food manufacturers and retailers plummet. Another example of brands failing to effectively manage and police their supply chains was the Rana Plaza collapse in Dhaka, Bangladesh. In the aftermath of the disaster, where 1,129 workers tragically lost their lives, it transpired that numerous well known high street brands had been using manufacturers operating out of a building which simply wasn’t fit for purpose.

The threat to brands who fail to meet the expectations of the modern-day consumer, and more importantly, act in a responsible way, has never been greater. Indeed, a recent study by international communications agency Cohn & Wolfe found that only seven percent of consumers in the UK, France, Germany and Spain – and a mere five percent in Sweden – would describe brands as "open and honest”. However, the same study revealed that nearly nine out of 10 consumers are willing to act to reward a brand for its authenticity, including 52 percent who would recommend the brand to others and 49 percent who would pledge loyalty to the brand. So, there are certainly opportunities for businesses who conduct their affairs in an ethical, honest and sustainable manner.

This shift in consumer expectations and behaviour has opened the door for a new breed of young, dynamic brands, such as fashion outfit People Tree who are going straight to source, uncovering talented and skilled artisans in faraway places and introducing exciting new products to the UK. They are focused on telling the story of the maker, offer a quality product and ultimately, provide an ethical and sustainable alternative to some of the traditional powerhouse fashion brands.

This is the premise on which we founded Okapi Home, offering the most talented artisans we could find, many of whom are working in the informal economy, with an outlet beyond their local village or community. By doing so, these small-scale traders can grow, formalise, train the next generation of artisans and become a truly valuable cog in their local economy.

However, turning these largely informal groups into meaningful players within the global retail industry isn’t straightforward. While rates of education are, for the most part, on the rise across Sub-Saharan Africa, many still lack a comprehensive formal education. The knock-on effect is that many small business owners lack the skills to create an investable proposition, with a robust business plan, a sales strategy and the ability to articulate how the business can scale, for example. This makes investment tricky and is an issue we face regularly when trying to grow in tandem with our local partners. In short, many of the business owners we deal with daily are supremely resourceful but lack the traditional business skills you’d expect to find in the founder of a successful small business.

The situation isn’t helped by the fact that affordable finance is very difficult to source, with interest rates running at around 20% in places such as Uganda, making it prohibitively expensive to scale businesses in a way that would allow them to work effectively with international brands.

For British brands to succeed in developing meaningful, long term and ultimately profitable relationships with small scale partners and suppliers in Africa the relationship needs to stretch beyond the norm and explore opportunities for knowledge sharing and upskilling of staff, whether that be through secondments, traineeships, work experience or supporting access to additional training opportunities. Within this, there is also an opportunity for the more forward thinking multi-national brands to use their scale and resources to support the development of entire sectors in emerging African economies. One example of this is Bosch, the German power company who has just launched an initiative in Nigeria to provide equipment and training to local artisans.

Ultimately, given the many obstacles which small, often informal, African businesses face when trying to establish themselves it is essential that we, as potential partners, do everything we can to support them. But let’s be clear, this isn’t purely a philanthropic endeavour, both sides can reap the rewards. The modern-day consumer has made sure of that.

Rob Arnott is Co-Founder of Okapi Home, an African-inspired gift and homeware company