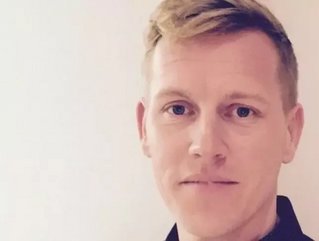 Air Energi specialise in the provision of workforce solutions surrounding the oil and gas sectors; they have appointed Ford Garrard as their new Vice President for Africa as they seek to grow across the continent.

The company already has two offices in Lagos, Nigeria, in addition to another in Luanda, Angola; they are seeking to expand into more easterly regions as international investment sets its sights on recent natural resource discoveries.

Having begun his career with Air Energi over ten years ago, Mr. Garrard returns after a successful stint at from NES Global Talent, where he was Divisional Director for Africa for several years. His experience with both the sector and the company itself will surely ensure future success.

His initial focus will be directed towards developing the company’s business infrastructure in East Africa. This will principally entail using his knowledge of local regulations and immigration laws to source personnel for their new offices.

Garrard said: “Air Energi is diversifying its service offering and expanding globally. It’s an exciting time to be returning.”

There remains a direct challenge for the oil and gas services industry, as many companies are looking to cut costs wherever necessary in the wake of the recent oil price slump. Although the measures will ultimately only be temporary in duration, thousands of jobs have already been lost as part of the shakeup.

Oil and Gas services will be in demand for many years to come and, with new reserves being found on the African continent seemingly all the time, will ensure that Ford Garrard and his team will not be short of work.

What the global oil slump means for Africa’s economy: http://www.africa.businesschief.com/finance/1836/What-the-global-oil-slump-means-for-Africas-economy