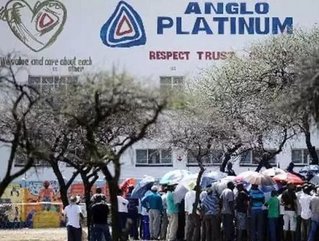 Anglo American Platinum (Amplats) has revealed its plans to sell some of its key Rustenburg and Union Mines in Limpopo due to a reduction in profitability.

The news comes following its six month financial results where headline earnings had decreased to R157 million from R1.3 billion a year previously.

"The intention to exit Union mine [in Limpopo] and concentrators has already been announced, and it has now been concluded that Rustenburg [in the North West] and our Pandora JV asset will be better placed in the hands of new owners who would be able to provide the focus and capital for the operations to have a successful future," CEO Chris Griffith said in a statement.

"The delivery of our strategy will allow us to focus capital efficiently on the repositioned portfolio, achieving a more profitable, sustainable company for the future.

"We will continue to work closely with all key stakeholders to ensure optimal outcomes for the assets, employees and the South African platinum industry as a whole."

The main reason for the company’s struggles in the first half of 2014 ave been attributed to a strike which condemned 40 percent of the Amplats’ production to dormancy.

Griffith is, however, confident that operations have stabilised and will continue to do so over the course of the rest of the year.

"We were able to ensure security of supply to our customers throughout the period, and those operations unaffected by the strike showed stable and improved performances," he said.

"Since the end of the strike, we have been working to ensure a safe return to work and rebuilding relationships with our employees and the ramp-up process is proceeding well."

"Any sale is going to result in job losses and this is punishment for poor workers. We continue to make that appeal for workers to reject divisions and stay united to defend jobs. The proponents of divisions are now nowhere to be found when mineworkers are losing their jobs," said general secretary Frans Baleni.

"The victims are going to be workers while the sellers will be richer and workers will be poorer and unemployed."