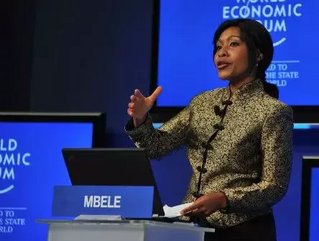 Presented by South African Lerato Mbele and covering key business stories and trends from across Africa, it will broadcast weekly on Fridays and Saturdays on BBC World News.

Africa Business Report will be produced from the BBC‘s production centre in Johannesburg, and will utilise the expertise of BBC correspondents in 48 African countries.

Prior to joining the BBC, Lerato served as a senior business anchor for CNBC Africa when it launched in 2007. She hosted a variety of business focused programming and specials including presidential debates and the live CNBC Africa Debate at the World Economic Forum in Africa in 2009.

She began her career at South Africa’s state-owned broadcaster, SABC, and eventually served as an anchor for the channel’s daily news show News at 10 and also fronted the weekly show, The Ambassadors.

View the latest edition of the African Business Review