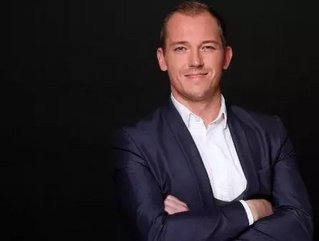 The appointment of a Vice President & General Manager for Africa is a new role for the business and underlines a long-term commitment to Africa as a priority market.

The role was created in line with the reorganisation of BBC Worldwide last year from divisional to geographic lines of management, enabling it to capture future growth opportunities around the world.

Based in Johannesburg, Joel will be responsible for strategy and business development across all BBC Worldwide businesses in the region, including TV and Digital sales, Production and Format sales, Licensing and Publishing, Live Events and the daily management of the BBC branded channels portfolio available on DStv.

Joel takes up his new position after a highly successful tenure as Account Director for BBC Worldwide Channels across the EMEA region, steering the advertising sales business in markets such as Norway, Poland and Italy, and latterly as Advertising Sales Director where he is responsible for advertising sales on all BBC branded channels in Western Europe and within the CEMA region, including South Africa.

Prior to joining BBC Worldwide, Joel was Senior International Manager for IP Network, providing media solutions to large advertisers across the portfolio of terrestrial and digital channels within the RTL Group in 11 European markets.

Ian McDonough said: "Joel is an outstanding executive who has a deep passion for our business in Africa. He is the right person to build on the successful BBC business we have already established in Africa and take it to the next level. ”

Commenting on his new role, Joel Churcher said: “I am extremely excited about taking up this role. Things are changing at a very fast pace in Africa, boasting six of the 10 fastest growing economies in the world.

“I am sure that working in such a fast paced and vibrant continent will be an incredible adventure. I am very much looking forward to leading and developing our footprint on the continent and working with new business partners in new markets.”

Joel takes up his new position in April.