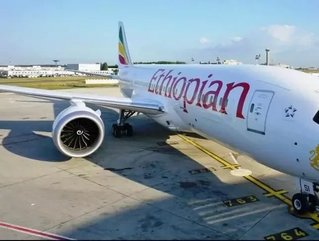 The award, which was granted for its work during 2017, was granted to the carrier for the seventh consecutive year.

“We are pleased to receive the award for the 7th year in a row,” remarked Tewolde Gebremariam, Ethiopia Airlines’ CEO.

“It is the fruit of continued dedication and hard work of our employees and especially those working in our light aircraft and turbo-prop section.”

“We are committed to providing to our esteemed customers reliable schedule and punctual flights at all times.”

“This is a testament of our dedication to operational excellence in our domestic and regional routes.”

Bombardier considers airlines that use its for CRJ Series and Q Series jets, of which Ethiopian Airlines carries 21 Q-400 next gen aircrafts, which includes the only Q-400 double cabin on the continent.

The carrier is Africa’s fastest growing airline due to efficiency and operational success.

Ethiopian Airlines travels to more than 110 international destinations, for both passengers and cargo.