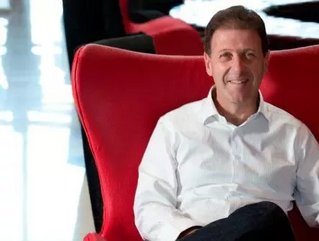 Written by Danny Bryer is Director of Sales, Marketing and Revenue for the Protea Hospitality Group, which is the largest hotel company on the African continent.

The hospitality industry in Africa stands at the precipice of a development tsunami that in the next five years will, at a conservative estimate, create in the region of 200,000 new hotel rooms to serve a domestic, trans-continental and international market that has an ever-growing appetite for the region.

For a quick snapshot, consider the October 2013 data released by STR Global, the company that provides hotel statistical information covering performance data, forecasts, annual profitability, pipeline and census information from around the world. According to their Middle East/Africa hotel development pipeline data, there are 493 hotels being built or in the final planning phase, that in the medium term will create nearly 120,000 additional rooms.

This excludes the hundreds of hotels that are in the early planning stages in sub-Saharan Africa, a region that is seen as an increasingly attractive development prospect as global uncertainty prevails about the Arab Spring.

But why are the largest international hospitality brands so keen to expand into Africa, including Marriott International that’s in the process of adding the Protea Hospitality Group to massively bulk up its presence on the continent.

According to the United Nations World Tourism Organisation, Africa saw approximately 52 million international tourist arrivals last year, a six per cent increase from the previous year. In 2012 Africa’s revenue from tourism increased by 2.8 per cent to US$34 billion, which is a desirable pie in anyone’s book.

But as with everything financial, the hospitality industry can’t be viewed in isolation in the African context, because everything rides on the fact that Africa’s recent economic growth and prosperity will continue.

According to the UN Commission for Africa, over the past decade greater stability, sound macroeconomic policies, improved terms of trade and blossoming partnerships with emerging economies have widened the economic policy space of African policy makers.

In other words, African nations have more freedom than ever before to determine their own development paths.

The Commission has said that Africa’s economic growth is in fact still accelerating, with a projected growth of 5.3 percent in 2014 based on “the expansion of agricultural production, robust growth in services and a rise in oil production and mining”. Exports are also expected to grow, says the Commission, along with a resurgence in domestic demand driven by consumption and investment.

This is, in turn, creating a new middle class of millions of people in countries across the continent; consumers with disposable income who will travel for business and pleasure.

As a company created and developed on this continent, we’ve had a head start in terms of growing quality hospitality, and all of these economic factors collectively tell us we have chosen the smart expansion option, which is to focus exclusively on business development and job creation in Africa, where we currently directly employ more than 15,000 people.

Among the markets that we see as key critical to rapid hospitality investment in the medium term are Nigeria, Ghana, Uganda, Zambia, Kenya, Angola, Tanzania and Malawi, which we predict will see a surge in business travel in the  next five years in line with their projected economic progression.

Africa is at a crucial development crossroads, though, and how countries and regions choose their economic partners will massively influence the nature and sustainability of true economic growth.

Perhaps most fundamental is that the continent should no longer stand cap in hand when negotiating trade and/or “aid” with so-called developed nations, which have in recent years been airing more economic dirty laundry than anyone ever believed was possible.

Numerous “developed” countries have been ruined financially or come very close to it, leaving in their wake devastation on a scale that has shaken the very foundations of the world economy.

So perhaps Africa should be seeking like-minded partners to lay a solid foundation for development in the next decade.

And for inspiration here I return to the UN Economic Commission for Africa, which in a report released this year entitled “Africa-BRICS (the Brazil, Russia, India, China and South African economic alliance of emerging economies) Co-operation: Implications for growth, employment and structural transformation in Africa”, suggests relations with other emerging markets are more widely predicated on mutual benefit and solidarity rather than gift giving or pure commerce.

In other words, when emerging markets play together nobody gets to be the playground bully, so everyone has a good time.

It is absolutely true that current predictions suggest the hospitality industry is set to grow at a rate entirely unprecedented in African history, with billions to be invested in infrastructure and human capital development.

But it is also true that this can only happen if African economies make smart choices now that include sustained development, job creation and identifying those best friends who won’t turn into bullies down the line.