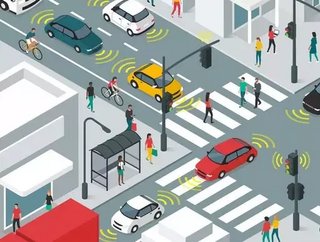 In recent research conducted by capgemini, the company reports a global demand for sustainable smart cities from citizens...

According to a new report conducted by Capgemini - surveying 10,000 citizens and more than 300 city officials, in 58 cities - the company found that many citizens are frustrated with their city’s current set up, with an average of 40% who may leave their city in the future due to a variety of pain points including digital frustrations.

The report titled ‘Street Smart: Putting the citizen at the center of Smart City initiatives’, highlighted that 58% of citizens perceive smart cities as sustainable and 57% believing that they provide a better quality of urban services. With 36% willing to pay more to have this experience.

However, Capgemini also reports that there are serious challenges when it comes to implementing smart cities in particular - data and funding.

“Capgemini found that only one in ten city officials say they are in the advanced stages of implementing a smart city vision, and less than a quarter (only 22%) have begun implementing smart city initiatives – a particular challenge as two-thirds of the world’s population is expected to live in a city by 2050, with the number of megacities set to rise from 33 today to 43 by 2030. Moreover, there is a considerable global desire for smart cities among citizens, meaning an accelerated approach would be well received.”

According to Capgemini’s report, sustainability is becoming increasingly important. “Citizens find challenges such as pollution (42%) and lack of sustainability initiatives (36%) a major concern and may leave their city as a result,” stated Capgemini.

“Over the past three years, 42% of city officials say that sustainability initiatives have lagged, and 41% say their cities becoming unsustainable over the next 5-10 years is one of the top five consequences of not adopting digital technology.”

While smart cities can solve some traditional pain points experienced by cities such as public transport and security, there are still challenges when it comes to implementation.

“Data is central to smart city optimization, yet 63% of global citizens say the privacy of their personal data is more important than superior urban services. Meanwhile, almost 70% of city officials say that funding their budget is a major challenge, and 68% of officials say they struggle to access and build the digital platforms needed to develop smart city initiatives. From a citizens’ perspective, 54% think BigTech firms would provide better urban services than those currently in place.”

Matthias Wieckmann, Head of Digital Strategy, City of Hamburg, noted that “when considering a smart city initiative, it is best to start with small uses cases that can be tested before expanding and securing visibility and viability for funding. For city officials early in their journey, smaller solutions will help pave the way faster rather than starting with a big overall solution. It is also easier to find acceptance, support and finance for projects this way.”