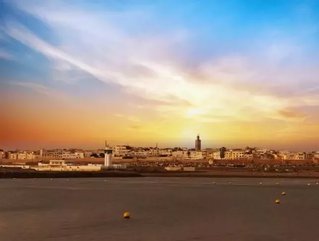 A look at what the future holds for Morocco’s capital city.

Rabat at a glance

Located between the Atlantic Ocean and the Bouregreg River, Rabat is Morocco’s capital city. According to World Population Review, there are only two cities in Morocco with over a million people: Casablanca, with a population of 3.14mn in 2018, and Rabat, with 1.66mn. Although only about a third of the size of Casablanca, Rabat is the economic centre of Morocco. Put together, the Rabat and Casablanca regions make up nearly half of Morocco’s Gross Domestic Product (GDP). Where the Casablanca-Settat region brings in 32% of Morocco’s GDP, the Rabat-Salé-Kénitra region isn’t far behind, accounting for 16.3% of Morocco’s wealth. Morocco’s total GDP is of $101.45bn, according to Trading Economics, meaning Morocco represents 0.16% of the world’s economy. In 2016, Rabat was ranked by Mercer as 168th most expensive city for newly relocated people, up seven spots from its 2015 rank of 175th.

Called the ‘Washington of North Africa’ because of its picturesque parks, multitudinous government buildings and monuments, wide boulevards, and traditional old homes which have been converted into Riads (boutique hotels), Rabat can be divided in two areas: its city limits and its wider urban area. The city limits take up 117 sq km and only account for 577,827 citizens, according to World Capital Cities. Adding in its urban area, Rabat covers 184 sq km. While the population density within in the city is of approximately 4,900 people per sq km, it increases when taking into account the urban area. According to World Capital Cities, that population density is 10,200 people per sq km.

Agriculture and fishing are major industries in Morocco, accounting for 12.6% of its GDP in 2015. Industry, mining, water, electricity, and construction made up 26.1% while market and non-market services accounted for 49.7%. Morocco’s primary area, however, is importing and exporting – something which Rabat, as a coastal city, relies upon heavily. Though Morocco’s primary trading partners are France and Spain, Rabat also works, because of its location, as a connector between the Mediterranean and the African continent. In 2016, Morocco exported approximately $22.9bn of goods. Rabat, known for its local arts and crafts, ends up shipping most of those to neighbouring countries. The primary exports, however, are clothes, fish (particularly sardines), phosphates, and fruits and vegetables. Morocco is home to around two thirds of the world’s supply of phosphates, making its mining a lucrative business. Although only 2% of the population works in this sector, phosphate mining is responsible for half of the entire country’s income. Ferrying also provides a pivotal economic crux for both Rabat and Morocco. The ferry business, tasked with bringing immigrants across the Straits into Spain, is lucrative.

According to the Crisis Management Initiative (CMI), a Finnish organisation, the youth unemployment rate in Morocco is “alarmingly high”. While 30% of the country’s citizens are in the 15-29 age range, interactive sessions with young citizens found that the country offers a low quantity of quality entry-level jobs. Some of the reasons cited by the CMI are cutbacks to employment in public sectors, a lack of coordination on policies regarding youth employability, and low expectations of first-time jobseekers. However, the city is not stagnating. According to Louis-Bernard Lechartier, director of property company Balima, Rabat previously relied completely on administrative jobs but has recently seen an influx of business. A large call centre provides opportunities for many customer service jobs and, according to Lechartier, it was precisely the abundance of skilled labour in Rabat that interested the call centre business, as it became cheaper to build and hire there than in Casablanca.

The future of Rabat

It was recently announced by Morocco World News that Rabat’s Mohammadia School of Engineering will host the 24th Emi-Enterprises Forum in an attempt to hold a conversation around “Africa 4.0: Capital Challenge for Tomorrow’s Engineer”. The talk will focus on the role of Morocco in relation to contemporary Africa, as well as the potential for expansion within certain sectors of the African economy including industry, digital technology, and entrepreneurship. The university, which was founded in 1959 by King Mohammed V, is the leading engineering school in Morocco, and will be seeing around 800 guests participating in the forum.

Another project that looms in Rabat’s near future is what has been called the “rebranding of Rabat as a city of light and the cultural capital of Morocco” by the Financial Times. Launched by King Mohammed VI, the project will centre around several infrastructure projects of varying sizes and timelines. Some are projected for the future, such as the Grand Theatre, while others are already improving the city. The Grand Theatre, designed by architect Zaha Hadid and set to be built on the west bank of the Bouregreg, is part of the Wessal Bouregreg development project. Where the Grand Theatre will seat 1,800 people and include a 7,000-person amphitheatre, the overall project is a 110-hectare venture that will also include an archaeological museum, an arts centre, malls, a residential district, and a national archive building. On a smaller scale, new district, roads, tunnels and bridges have already been built, while the modern tram system that was established in 2011 is due to be extended. 2014 saw the inauguration of the Mohammed VI Museum of Modern and Contemporary Art.