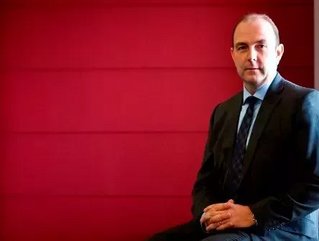 Cloud computing uptake is about to explode in Africa’s major economies, as businesses gain confidence in both the security and reliability of the Cloud.

This was the key finding of the Cloud in Africa: Reality Check 2013 research study, released this week by World Wide Worx and Cisco.

The study was conducted among a small but representative sample of senior information technology decision-makers in medium-sized and large companies in Nigeria, Kenya and South Africa.

Key findings from the survey are:

While South Africa currently leads the continent in Cloud uptake, it is about to be overtaken – dramatically – by Nigeria.

A significant 44 percent of Nigerian businesses say they will embrace the Cloud in the coming year, bringing the total in that country to 80 percent by the end of 2014. This compares to 24 percent of organisations in Kenya and only 16 percent in South Africa saying they will be taking up Cloud.

The survey showed that 57 percent of decision-makers across the three countries had high confidence in the security of the Cloud, while a further 34 percent were neutral – meaning they would wait and see, but were not negatively disposed towards it. Only one in 10 respondents did not trust security in the Cloud.

David Meads, Cisco’s Vice President for Africa, said: “Cloud computing is the next big step in the evolution of computing and the Internet.

“The broadband revolution sweeping Africa and the continent’s reputation for innovation add up to tremendous appetite for services that will drive this evolution.

“Looking ahead, the Internet of Everything represents the largest online trend today. As more people, things and devices connect to the Internet in Africa, more data from more places will be introduced across corporate and service provider networks, which will open up new opportunities and increased demand for the Cloud.”

Arthur Goldstuck, managing director of World Wide Worx, said: “The fact that no one is expressing doubt about the reliability of the Cloud means that the final pieces of the puzzle are falling into place. Now the Cloud becomes real in Africa.”

Cisco has also released the key findings of the third annual  Cisco® Global Cloud Index (2012 – 2017), in which Cisco forecasts that global cloud traffic, the fastest growing component of data centre traffic, is expected to grow 4.5-fold from 1.2 zettabytes of annual traffic in 2012 to 5.3 zettabytes by 2017.

The Index also forecasts that through 2017, the Middle East and Africa will have the highest cloud traffic growth rate.

“People all over the world continue to demand the ability to access personal, business and entertainment content anywhere on any device, and each transaction in a virtualised, cloud environment can cause cascading effects on the network,” said Meads.

“Because of this continuing trend, we are seeing huge increases in the amount of cloud traffic globally within, between and beyond data centres over the next four years."

From a regional perspective, the Cisco Global Cloud Index predicts that through 2017, the Middle East and Africa will have the highest cloud traffic growth rate (57 percent CAGR), followed by Asia Pacific (43 percent CAGR) and Central and Eastern Europe (36 percent CAGR).