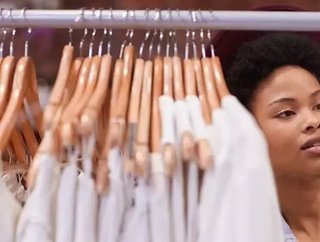 According to the latest Nielsen Consumer Confidence Index (CCI) results for Quarter 3, 2016, Kenyan consumers are feeling positive. This study that of the three sub-Saharan African countries (Nigeria, Kenya and Ghana), Kenya replaced Nigeria with the highest consumer confidence score - rising six points from the previous quarter to 120. This is the third consecutive quarter when this figure has increased.

Nielsen East & West Africa MD Abhik Gupta commented: “The backdrop to this positive sentiment is the resilience of the Kenyan economy, in particular its currency the Kenyan Shilling (KES), which despite its recent depreciation, remains solid as compared to other emerging market currencies. This is due to the country’s stringent monetary tightening and its low level of dependence on hydrocarbons (oil) and minerals exports.”

In terms of what they would use this spare cash for, the highest number seek to bolster their financial future with 53 percent saying they would invest in shares of stock/mutual funds. As with previous quarters, enhancing the value of tangible assets remains a priority, with 52 percent set to use their spare cash on home improvements and decorating. Long-term financial security also remains a concern, with 44 percent putting money into savings and 43 percent investing in a retirement fund.

Additionally, Nielsen’s most recent Africa Prospects Indicator (APi) Report showed the country had remained in second place and recorded an improvement on its macro ranking, which factors in economic growth performance, in relation to the size of the economy, and its business ranking. This suggests that countries like Kenya currently provide more stable investment destinations than the larger economies of Nigeria, South Africa and Angola.

Gupta added: “As consumers increasingly express favourable sentiment for the country and their own outlook, there are opportunities for manufacturers and service providers to tap into this increased intention to spend.”