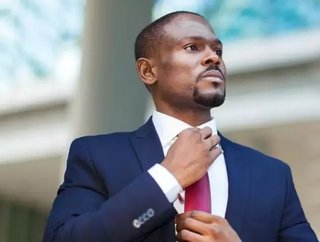 As more and more businesses seek to become part of the ‘African growth story’ and expand across the continent, many are learning along the way that doing business in Africa poses some significant challenges – not least of which is securing key executive skills. Despite local talent being in short supply, many multinationals are finding that the traditional model of deploying expatriate executives in these countries is an increasingly unattractive option,

This according to Leon Ayo, CEO of Odgers Berndtson Sub-Saharan Africa, who said: “One of the biggest challenges companies face when entering Africa is securing experienced senior executives to execute their expansion plans.

“The local skills shortage is acute, mainly because many African businesses have not operated on a multinational scale for long enough, with the result that even qualified people do not have the necessary international experience.”

The appropriate skills for multinationals are thus typically sought among the expat communities in developed economies. According to a recent white paper issued by Odgers Berndtson, however, many companies are actively reducing the number of expat executives that they deploy across Africa.

“There are several reasons for this, not least of which is the cost of living in many African cities, which is extremely high,” Ayo said. Mercer’s 2014 Cost of Living City Rankings placed Luanda in Angola as the most expensive city in the world for expats, followed by N’Djamena in Chad as the second most expensive. Johannesburg, Cape Town and Windhoek are all ranked among the 10 cheapest cities in the world for expats.

Other reasons companies are rethinking dispatching expats to African locations are:

•             Travelling internationally has become far easier for the average person, so the attraction of being placed in an emerging market for three to five years as a way of seeing the world seems less exciting than it once may have been.

•             Africa still has a very negative image around the world, and press reports of Ebola and fundamentalist terrorism do not help.

•             Infrastructure in most African locations is nowhere near what executives and their families in the West are used to. To entice foreign expats to live in many African countries therefore requires the company to commit substantial additional expenses, from drivers to international school fees.

•             Expats and their families may not be resilient and adaptable enough to manage the pressures of life in an environment very different to what they are used to.

•             Many African governments have made it increasingly difficult over the past few years for companies to obtain work permits for expats. Much of this is driven by a desire to drive localisation of executive leadership and active transfer of skills.

However according to Ayo there is a way in which multinationals can go about procuring the required skills and talent for their expansion plans. “It should be remembered that African executives often make better expats in other African countries, because they are more accustomed to the difficulties other international expats may struggle with,” said Ayo.

“Kenyans, Cameroonians, Zimbabweans and others are often very mobile and ready to take on assignments elsewhere in Africa, as they help these executives to broaden their horizons and climb the corporate ladder.”

Another alternative is to recruit among the returning African diaspora. This will also align with the push in most African countries for indigenisation – a policy to use local people to fill senior positions rather than going expat. “With increased stability and growth across Africa, many in the diaspora are interested in returning to the continent to take advantage of opportunities that didn’t exist before they left.”

Finding the right people can be challenging, since in most African countries, executive search is quite undeveloped. There is a growing realisation, however, that Africa-based recruitment specialists are best positioned to handle multinational executive searches and placements, says Ayo. “Many multinationals nowadays have a preference for recruitment specialists that have a deep understanding of the environment that these companies operate in as well as an on-the-ground presence in Africa.”

“It is important to remember that as more international companies enter African countries, there will be more and more executives who have been exposed to global business best practices. The training and development, and transfer of skills they effect in these countries will have a positive effect on the quality of executives available in African markets.

“However, the process of developing world-class executives is a long-term process, and the availability of senior executive skills in most African countries is likely to be a source of frustration for some time to come. Long-term planning, with the assistance of a leading executive search firm with an existing local network, will therefore remain crucial,” Ayo concluded.