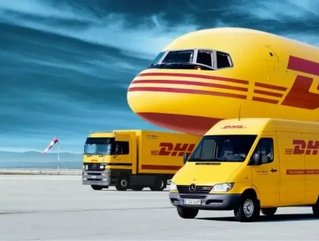 DHL Express, the global leader in the express logistics industry, has upgraded its Johannesburg Gateway facility – a fixed base for shipment handling – based at OR Tambo International Airport, after outgrowing its capacity due to rapid volume growth.

The Johannesburg Gateway facility upgrade is the third in a series of developments by DHL Express to cater for the surge in growth experienced in South Africa’s major cities over the past 14 months.

The R22 million upgrade includes an increase in floor space and advancements in the technology and processes utilised and is aimed at meeting the increase in parcel volumes which the company has experienced in the region, as well as ensuring capacity for expected future growth.

Hennie Heymans, Managing Director of DHL Express South Africa, explained that the rapid growth in the Gauteng region has necessitated the expansion of the Johannesburg Gateway to efficiently accommodate the inbound and outbound flow of parcel volumes.

“The expansion will see an increase in the Gateway’s handling capacity from three unit loading devices to ten, thereby allowing the company to accommodate 50,000 kilograms in parcels, up from 15,000 kilograms,” he said

Recent infrastructure upgrades in South Africa include a DHL Express Gateway facility that was opened in September 2013 at Cape Town International Airport, which resulted in the facility doubling its processing capacity after replacing a previous station – a fixed base for receiving, sorting, re-weighing and transporting of parcels to their intended destinations – in Maitland.

The company’s Durban Station facility was also relocated in March 2014, from Berea to Riverhorse Valley, and was equipped with a new system making it DHL’s flagship station in Africa.

Heymans said that the Johannesburg facility will be able to handle 15 times more shipments than the Cape Town facility on a daily basis. “This highlights the growth and potential in the region and why DHL has invested in the facility to ensure that this demand is met effectively.”

Heymans added that the Johannesburg Gateway will not only see an increase in size – from 1,709 square metres to 2,800 square metres – but also the adoption of state-of-the-art equipment and world-class material handling process methodologies.

The new facility will showcase the latest in logistics technology, including a Pick-to-Light System to indicate shipment clearance and an additional X-ray machine which will ensure more efficiency and pace in shipment throughput. In addition, double-handling will be significantly reduced through the introduction of a telescoping conveyor to directly load and offload parcels.

The company has also increased its simultaneous scale weighing capacity from one 10 ton device to five 10 ton devices. This will allow shipments to be processed directly from the Gateway facility to the aircraft 400 percent faster via an in-house ground handler who will verify weight and load control.

“DHL Express’ multiple upgrades in the country allow for effective shipment movement and ensure that the company is able to effectively accommodate the growth in parcel volumes,” concluded Heymans.

“Our ongoing investment in infrastructure in South Africa and across Sub Saharan Africa showcases our commitment to Africa and we have a firm belief and vested interest in Africa delivering on its obvious promise.”

The upgrade of the Johannesburg Gateway facility commenced in August 2014 and is expected to start operations at end of December 2014.