Dubai is named the world's fourth most popular destination by Mastercard 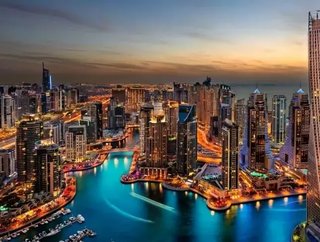 Abu Dhabi is the fastest growing city in the Middle East and Africa with a growth rate of 19.81 percent, marking the United Arab Emirates as the most visited and fastest growing country in the region for the second year in a row.

Bangkok was listed as the world’s most popular travel destination, replacing London and beating Paris and New York.

The Mastercard index provides a ranking of the 132 most visited cities around the world, as well as projecting visitor volume and spend estimates for the 2016 calendar year, and providing a deeper understanding of how people travel and spend around the world. Dubai has jumped to the top rank in the index based on international visitor spending of US$31.3 billion, far more than London’s estimated visitor spending of US$19.8 billion.

The index also determines whether visitors travel for business or leisure, and records how visitors are spending, including dining and shopping. The 2016 index shows that among the top 20 cities, people mainly travel for leisure, except to Shanghai. It also shows that most visitors spent more shopping, apart from in Paris, New York, Barcelona and Amsterdam where dining was the most popular.

“The findings of the Index show that Dubai is firmly entrenched at the high table of global tourism and travel,” said Eyad Al Kourdi, Senior Vice President and General Manager, UAE, Mastercard. “Tourism remains the heartbeat of Dubai’s economy, and the steady rise in visitor numbers indicates how the emirate’s fascinating mix of iconic attractions is proving ever more compelling to today’s international traveler. With marquee events, such as the Expo 2020 looming on the near horizon, one can expect the accolades to keep coming as Dubai looks to make further progress towards its goal of becoming the world’s most visited city within the next five years.”

Issam Kazim, CEO, Dubai’s Corporation for Tourism and Commerce Marketing (DCTCM) said: “Maintaining our position in the Mastercard Global Destinations Cities Index as fourth most popular travel destination in the world demonstrates Dubai’s ongoing commitment to the continued development of our tourism proposition and our efforts to maintain growth in visitor numbers to the emirate. Our strong partnerships between government and private sectors ensure that Dubai’s reputation as a must experience destination continues to drive visitor growth in line with our Tourism Vision for 2020.”