The Economic Impact of Continuing Conflict in Syria and Iraq 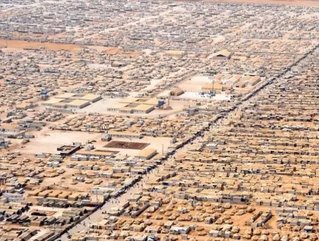 The escalating fighting that rages through Iraq and Syria is dominating the international news and political agenda.

Thousands have lost their lives as war continues to be fought between the Iraqi government and Islamic State, and between the Syrian rebels and long-standing Assad regime.

But what does this continuing instability mean for business in the Middle East?

Take the Iraqi oil sector. While much of the conflict is occurring in the north of the country around 70 percent of oil production happens in the south, away from the fighting.

The 3.3 million barrels produced a day should therefore not be threatened in a catastrophic way. However, prices continue to rise at a steady rate, with a barrel now costing $113.50 when in April it cost around $105.

Some commentators have said that this is a disproportionate reaction to real events, but admit that sentiments of fear alone can hike prices and lead to economic instability.

Until this fear is turned into some form of optimism that peace accords can be struck, business in the region across all sectors will be subject to fearful consumers.

History can also help determine the economic impact of war in the Middle East. In light of today’s conflicts, the International Monetary Fund (IMF) recently released a working paper on the effect of previous wars in Lebanon, Kuwait, and Iraq.

It found that immediate effects were a contraction in aggregate supply through the disorganization of production, destruction of physical capital, and dislocation of labour.

In turn this meant both a reduction in total factor productivity—because economic efficiency was compromised and technology absorption was interrupted—and a dwindling of physical as well as human capital.

This was manifested in a contraction of output, acceleration of inflation, large fiscal and current account deficits, a loss of reserves, as well as weaker financial systems.

Translating this destabilising of business into GDP, Lebanon suffered a 70 percent drop during the civil war years of 1975-1990. Kuwait’s GDP in 1991 was 55 percent lower than it was in 1989 before conflict broke out. Iraq’s GDP in real terms fell by 35 percent in 2003 alone.

As conflict continues to disrupt business not only in Iraq and Syria but across wider parts of the Middle East, the increasing fear factor and loss of confidence among consumers makes resolution paramount to regaining economic viability and longevity.