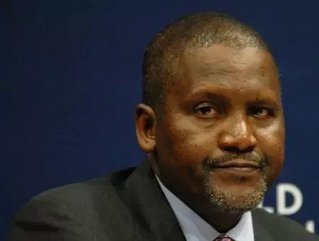 A group of over 40 eminent individuals from around the world are today calling for a global effort to free the more than 200 Nigerian schoolgirls who were kidnapped last month.

In an open letter published today, the high level group of business, civil society and religious leaders, calls on the Nigerian authorities and international community to mobilise all necessary resources and expertise to help locate and free the missing girls.

The letter says: “On April 14, more than 200 schoolgirls were abducted at gunpoint from Chibok community in Borno State, Nigeria. 24 days later, the girls are still missing.

We urge all local, national and regional governments, with the full support of the international community, to dedicate their expertise and resources - from satellite imagery to intelligence services to multinational corporations' supply chains - to #BringBackOurGirls.”

Mohamed Azab, Representative of the Grand Imam of Al-Azhar

Ela Bhatt, Founder of the Self-Employed Women's Association of India and Member of the Elders

Richard Branson, Founder of the Virgin Group‎ and co-Chair of the B Team

Gro Harlem Brundtland, Executive Chair of the UN Foundation and Member of the Elders‎

Susan A Buffett, Chairman of The Sherwood Foundation, the Susan Thompson Buffett Foundation and the Buffett Early Childhood Fund

Kathy Calvin, President and CEO of the UN Foundation and B Team Leader

President Fernando H Cardoso, Former President of Brazil and Member of the Elders

Arianna Huffington, Chair, President and Editor-in-Chief of the Huffington Post Media Group‎, and B Team leader

Guilherme Leal, ‎co-Founder of Natura and B Team Leader

Graça Machel, ‎Member of the Elders

Strive Masiyiwa, ‎Founder of Econet Wireless and B Team Leader

Festus Mogae, former President of Botswana, Chairperson of the Coalition for Dialogue on Africa

Rupert Murdoch, Chairman of NewsCorp and Chairman and CEO of 21st Century Fox

Jay Naidoo, Chair of the Global Alliance for Improved Nutrition

François-Henri Pinault, ‎Chairman and CEO of Kering and B Team Leader

Paul Polman, CEO of Unilever‎ and B Team Leader

Mary Robinson, ‎Former President of Ireland and Member of the Elders‎

Bobby Shriver, Co-founder and Chairman of (PRODUCT) RED and Co-founder of DATA

Ted Turner,‎ Founder and Chairman of the UN Foundation and Founder of CNN

President Ernesto Zedillo, Former President of Mexico and Member of the Elders

Jochen Zeitz, ‎Former Chairman and CEO of PUMA and co-Chair of the B Team‎