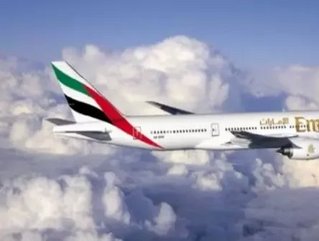 The flights to Lusaka and Harare on an A330-200 will serve to increase its weekly cargo capacity into and out of the continent to over 6000 tonnes. The airline’s freight division launched a weekly cargo service to West Africa, stopping in Accra, Ghana and Lome less than three months ago.

It means that Emirates SkyCargo now has an increased annual capacity of more than 300,000 tons to the continent.

The carrier’s two new destinations allows it to connect businesses in 22 countries across Africa to its network of more than 100 destinations. It also provides increased opportunities for key trading partners such as China and Japan.

“While many regions are experiencing challenging economic conditions, Africa - with a population in excess of 1 billion and rich in natural resources - is one of the few areas to record growth and the long-term outlook is very positive,” said Ram Menen, Emirates’ divisional senior vice president of cargo.

Dedicated freighters also operate to Eldoret and Lilongwe, while the other points on Emirates SkyCargo’s African network including Cairo, Dakar, Dar el Salaam, Lagos and Tripoli, are served using either the belly-hold of wide-body passenger aircraft, or a combination of the belly-hold and freighters.

“We have slowly built up our presence on the continent since we launched flights to Cairo in 1986 and in recent years, as Africa started to realise its huge potential, we began operating to Cape Town, Durban, Luanda and Dakar,” added Menen.

“With such a comprehensive service now in place we are in a good position to help sustain Africa’s continued economic development by facilitating international trade with its business partners and opening it up to new markets on our ever-expanding network.”